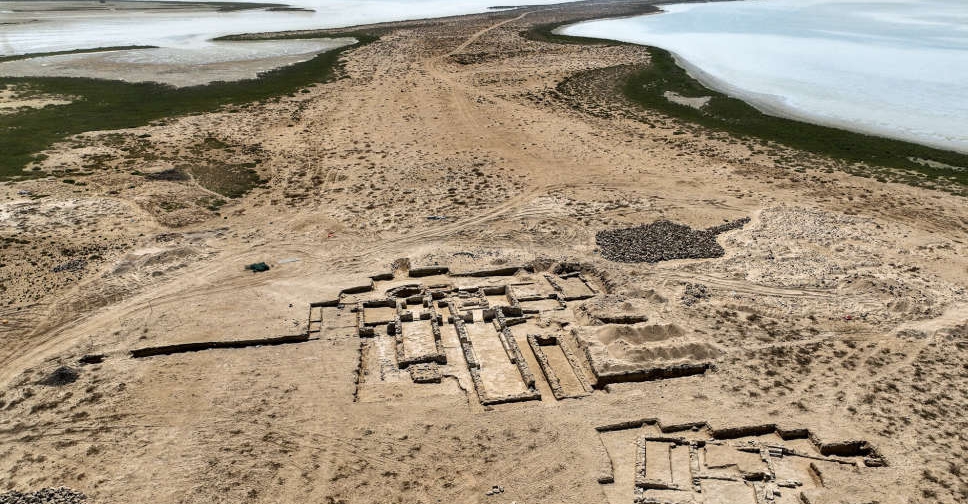 Archaeologists have discovered an ancient Christian monastery at Al Sinniyah Island in the emirate of Umm Al Quwain.

The find was made by a team from the Sinniyah Archaeology Project, a collaboration between the UAQ department of tourism and archaeology; the Institute for the Study of the Ancient World at New York University in New York; the UAE University and the Italian Archaeological Mission in UAQ to study the area.

Professor Tim Power, from UAE University is one of the team members involved in the project. He spoke to ARN about how the site was dated.

"We have charcoal samples which we submitted to radiocarbon testing, which produced the date range which allows us to be pretty confident about the period in which the monastery was built, occupied and abandoned. We also have ceramics and glass and coins, which we can use to date the monastery based on parallels with other sites where those objects are well dated," Prof. Power explained.

"The monastery was probably established about a generation before Islam, in the late sixth century, and it continued to be inhabited until the middle of the 8th century, so there was a period of co-existence between the Christian community and the Islamic population at large which makes for a really fascinating episode of multi-faith community and tolerance in the pre-modern Emirates," Prof. Power continued.

The Umm Al Quwain Tourism and Archaeology Department made the official announcement, saying the complex includes a church, refectory, cisterns, and cells for the monks.

Noura Al Kaabi, Minister of Culture and Youth, Zaki Nusseibeh, Cultural Adviser to the UAE President and Chancellor of UAE University, and Sheikh Majid bin Saud Al Mualla, Chairman of the UAQ Tourism and Archaeology Department, were present during the announcement.

These provide a living record of the various religious and multicultural societies that have settled on the island over the past centuries, he added.

Minister of Culture Noura Al Kaabi said that this archaeological discovery is of great historical and heritage value to the UAE.

“The UAE government is making great efforts to protect and preserve the local heritage for generations to come in continuation of the approach adopted by the late Founding Father Sheikh Zayed bin Sultan Al Nahyan. This is what urges us to continue our commitment to protecting our heritage and history, of which we are proud," she added.

Nusseibeh described the find as one of the most important archaeological discoveries in the region.

“We congratulate Umm Al Quwain Tourism and Archaeology Department on discovering this rich heritage that extends over large areas of the island. We wish the Department success in exploring for the island's archaeological treasures in cooperation with the Ministry of Culture and Youth and state universities to preserve the cultural heritage of the people of the Emirates and to highlight it with due care and concern,” said Nuseibah.