No survivors from plane crash in Russia's far east 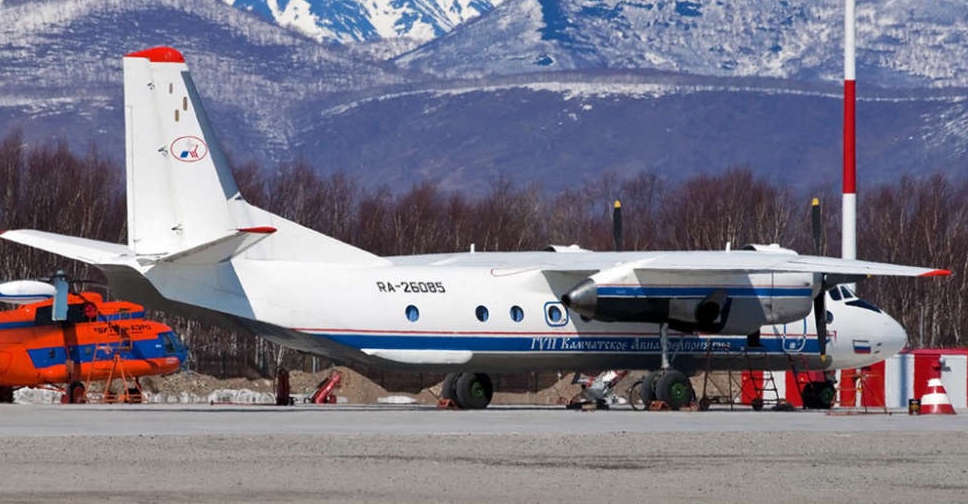 This handout photograph released by the Russian Emergency Situations Ministry on July 6, shows Russian An-26 aircraft with the tail number RA-26085 on the apron at the airport of Patropavlovsk-Kamchatckiy.

There are no survivors after a plane carrying 28 people crashed in the far east of Russia on Tuesday.

The Antonov An-26 twin-engined turboprop was en route from the regional capital Petropavlovsk-Kamchatsky to Palana, a village in the north of the Kamchatka peninsula, when it lost contact with air traffic control, the emergencies ministry said.

Citing sources, Interfax reported that the plane was thought to have crashed into a cliff as it was preparing to land in poor visibility conditions.

Russia's civil aviation authority confirmed that the plane's crash site had been found after the emergencies ministry dispatched a helicopter and had deployed teams on the ground to look for the missing aircraft.

There were 22 passengers and six crew on board, the ministry said. Olga Mokhireva, the mayor of Palana, was among the passengers, the TASS agency quoted local authorities as saying.

The weather in the area was cloudy at the time the plane went missing, Russian news agencies reported. TASS said the aircraft involved had been in service since 1982.

The Soviet-era plane type, still used for military and civilian flights in some countries, has been involved in dozens of deadly crashes since it entered service around 50 years ago.

An Antonov-28, a similar plane, slammed into a Kamchatka forest in 2012 in a crash that killed 10 people along the same route. Investigators said both pilots were drunk at the time of the crash.