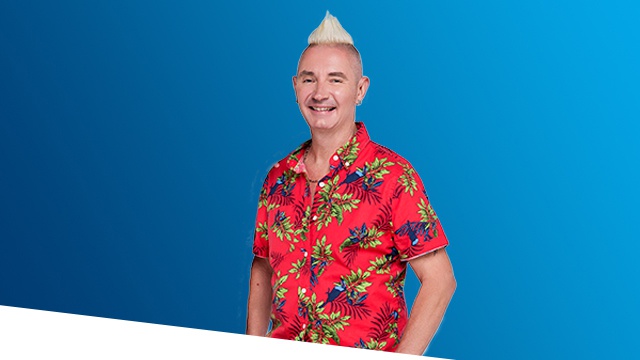 A radio veteran, Mark Lloyd has been busy entertaining the UAE and building his burgeoning fan-base since joining Dubai 92 back in 1991. A broadcasting all-rounder, Mark has since clocked up many impressive firsts including interviews with some of the best known faces in show business. A friend to the stars, Mark started life as a professional musician and ranks interviews with Luther Vandross and Cliff Richard as highlights. However, it would seem that Mark was destined for a career that combined his other love – travel, prompted by an early musical gig working on a cruise-liner. In the years that have followed, Mark has commandeered the airwaves with live shows from Hong Kong, Singapore, New York and the Philippines, with recent sojourns in the Seychelles, Japan and Las Vegas. An outdoor soul, Mark is perfectly placed in the UAE where he spends time enjoying the many parks and recreational facilities, as well as combining a love of his family. Mark is happiest watching a sunset from the beach.