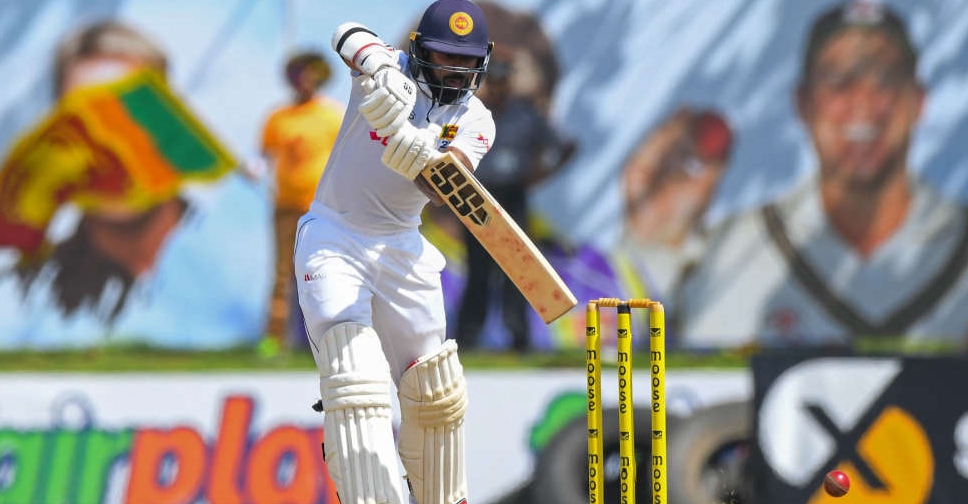 Sri Lanka rode Niroshan Dickwella's belligerent 51 not out to reach 191 for six after an eventful second session on day one of the opening Test against Australia in Galle on Wednesday.

Mitchell Swepson and Nathan Lyon claimed two wickets apiece after the lunch break to reduce Sri Lanka to 97-5 before Dickwella arrested the slide.

The stumper-batsman threw caution to the wind and launched a spectacular counter-attack as Sri Lanka milked 123 runs from the 25-over session even if it cost them four wickets.

Ramesh Mendis was batting on 22 at the tea break.

Sri Lanka's three-pronged spin attack, including debutant Jeffrey Vandersay, would already be licking their lips at the thought of the pitch deteriorating further as the match goes on.

Earlier, Pathum Nissanka (23) and skipper Dimuth Karunaratne (28) added 38 runs for the opening stand to give the hosts a decent start after electing to bat.

Off-spinner Lyon was introduced within the first 30 minutes and his first delivery turned sharply, offering a glimpse into what the batsmen could expect in the next four days.

Australia captain Pat Cummins broke the stand after changing ends and inducing an edge from Nissanka.

Alex Carey took his second catch behind the stumps when Kusal Mendis nicked Starc trying to hit through extra cover.

David Warner took a diving catch at gully to send back Karunaratne before Swepson twisted the knife combining drift and turn.

The leg-spinner fired identical loopy leg-breaks to remove Dhananjaya de Silva and Dinesh Chandimal but was denied a hat-trick by Dickwella.

Angelo Mathews made 39 before walking into Lyon's leg-slip trap.

Dickwella saw no point in trying to hang around and raced to a 42-ball fifty with the sweep shot -- both traditional and reverse -- proving particularly productive for the left-hander.

Starc (finger) and Travis Head (hamstring) were passed fit to play the first match of the two-test series.