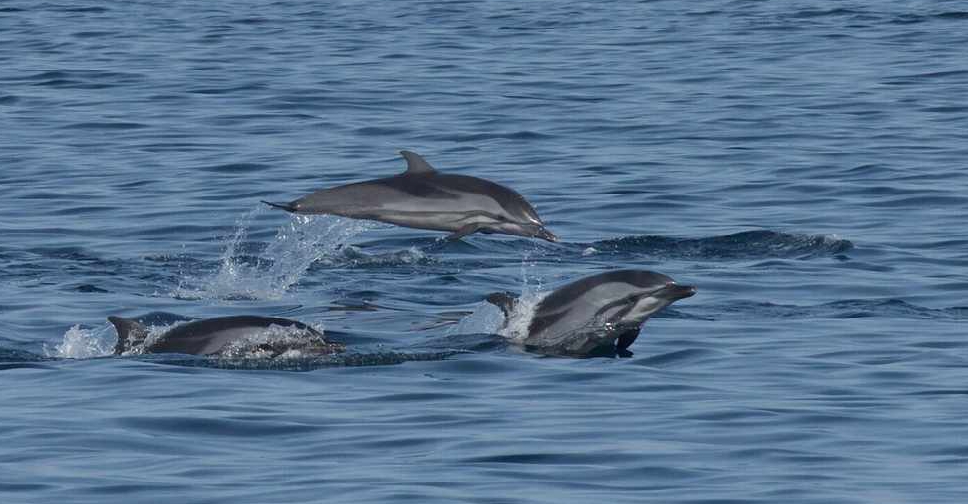 New aerial and marine conservation surveys along Fujairah's coast have revealed the presence of the Striped Dolphin, a species only recorded twice before in the UAE.

The cetacean was sighted during missions organised by the Fujairah Whale and Dolphin Research Project.

Operating under the patronage of His Highness Sheikh Mohammed bin Hamad bin Mohammed Al Sharqi, Crown Prince of Fujairah, the research is undertaken jointly by the Port of Fujairah and Five Oceans Environmental Services.

It is the only project in the region focusing specifically on marine mammals in deep, offshore waters.

The 2021 survey season started earlier this month and has so far included multiple aerial and boat trips between 10 and 30 nautical miles from Fujairah.

Over four days, four different cetacean species were identified including the Striped Dolphin.

Both of the previous sightings were recorded in Fujairah by the same team in April 2017, the only live encounters with the species in the Arabian region over the last 20 years.

It is unknown whether Striped Dolphins are genuinely rare in the region, or whether they simply spend all of their time far offshore. 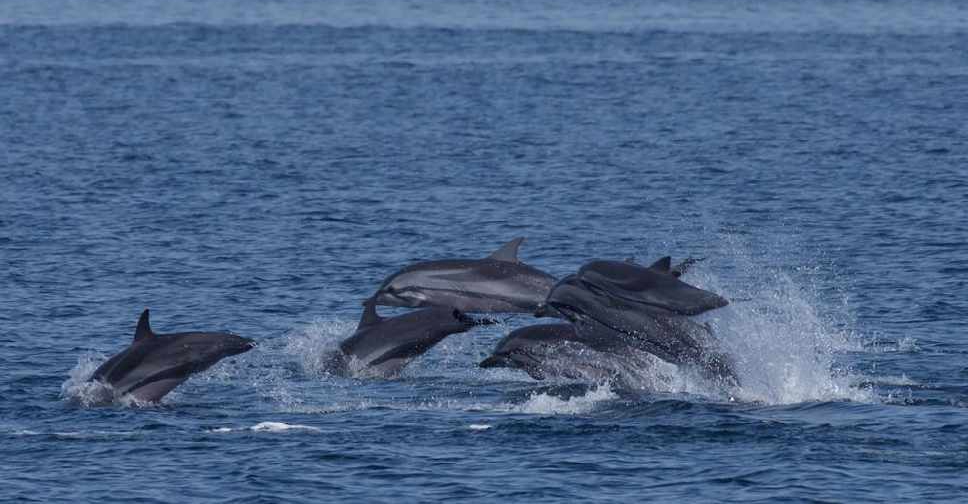 The other three species sighted were the Common Bottlenose Dolphin, the Risso’s Dolphin, a deep-diving specialist, and the Indo-Pacific Common Dolphin. All three are considered to be breeding residents of Fujairah, judging by the presence of juveniles and calves within the pods.

The Common Bottlenose Dolphin is the most frequently recorded species in Fujairah. It is now the subject of a genetic study, using samples collected during the project surveys. It is hoped the results will reveal the relationship between these dolphins and those elsewhere in the wider region, as well as providing more information about the origins and relationships between individual dolphins within Fujairah.

The project is collaborating with the Dubai Dolphin Project along with overseas universities for the genetic research.

Small calves were noted in pods of both Common Bottlenose Dolphins and Indo-Pacific Common Dolphins during the surveys, indicating breeding.

Foraging behaviour was also witnessed, with dolphins circling and corralling small fish before taking turns to feed. All four species are highly sociable, forming close-knit communities. Some relatively large pods were encountered, including over 100 individuals in a single pod.

The aerial surveys, conducted by helicopter and boat, followed a similar approach, monitoring along predetermined transect lines designed to maximise the chances of finding marine mammals.

While the target of the research is whales and dolphins, other important marine wildlife was also recorded.

Over the first four days of the current survey effort, four species of marine mammals were detected, including one, the Striped Dolphin (Stenella coeruleoalba) which has only been recorded in the UAE twice before, both times in Fujairah by the Fujairah Whale Project team in … pic.twitter.com/gdTFmI9RHT