H.H. Sheikh Mohammed: We have a long journey ahead; a brighter future awaits us 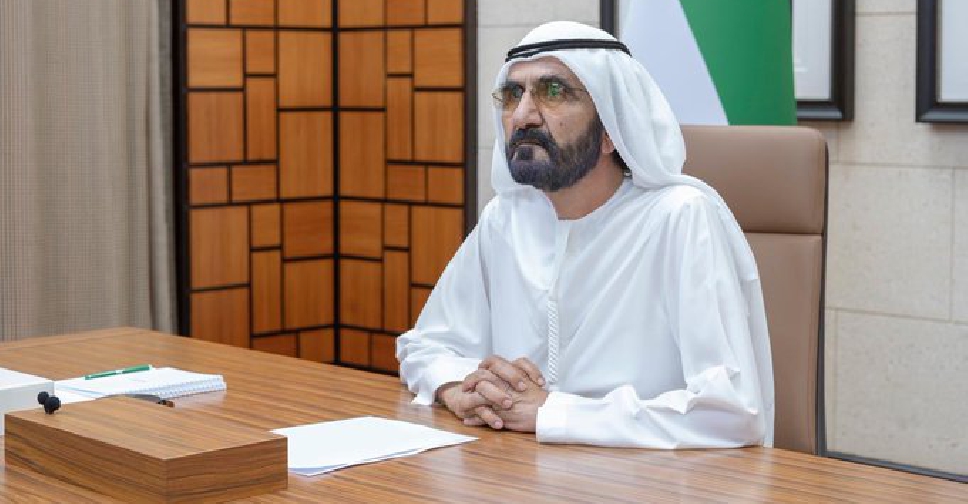 On the 15th anniversary of his Accession Day, His Highness Sheikh Mohammed bin Rashid Al Maktoum, Vice President and Prime Minister of the UAE and Ruler of Dubai has written an open letter to the people of the UAE.

The letter highlights the key milestones that have placed the UAE as a leading nation in the region and the world.

Through celebrating 15 years heading the federal government, Sheikh Mohammed addressed the major achievements that have transformed the UAE’s government work starting with the first federal strategy of 2007 to the announcement of the UAE Vision 2021 back in 2009.

In his letter, His Highness stressed that the results of the UAE Vision 2021 are captured in the reality that the people of UAE are living in today.

He wrote, "We have established the principles of strategic planning in the government. Excellence and competitiveness have transformed into an institutional culture. We carried out the biggest legislative reform in our country through issuing more than 50 new laws to help us adapt to the future."

He added, "the UAE government was ranked the second in the world in financial efficiency. We restructured the government several times to keep pace with the rapidly-changing world. We doubled the federal budget by 130 per cent and boosted our competitiveness to make the UAE rank the first globally in 121 indicators across various fields. Our work is nowhere near the end."

Recalling the major economic leaps reaped through efficient government performance, he said, "Our economy is the second biggest in the Arab world, and our country is ranked the first regionally in attracting foreign investment and facilitating business. We are leading regionally in more than 437 global indicators, and our sovereign credit rating is the highest in the region."

On February 11, 2006, His Highness Sheikh Khalifa bin Zayed Al Nahyan, the President, nominated Sheikh Mohammed to become the Prime Minister of the UAE; the Council approved this nomination.

Since then, Sheikh Mohammed has achieved great strides in the UAE’s government work, establishing an approach based on innovation and constant development. Through his futuristic vision, he has been leading an astounding development journey for the UAE, spearheaded primarily by young men and women who are empowered to innovate and actively take part in the country’s achievements.

Sheikh Mohammed's leadership is based on the main principle of investing in the human capital out of belief that people are the basis of any nation’s success. Thanks to this vision, the UAE has been leading on regional and global fronts across many developmental fields.

Sheikh Mohammed bin Rashid Al Maktoum wrote: "Brothers and sisters, the people of the UAE… Fifteen years ago, I was appointed to head the federal government. I took an oath before our President and before you all to be loyal to the UAE, to preserve its union, safeguard its interests, respect its constitution and look after the needs of our people. You were all witnesses to that moment, and God was a witness to this oath. God knows that we did our best, that we devoted all of our government resources towards serving our people and that we did not favour anyone at the expense of the interests of our country.

A year later, I announced the first federal strategy before the President of the UAE and members of the Federal Supreme Council. In 2009, we announced the UAE Vision 2021, and that we wanted to be one of the best countries in the world. Some questioned the feasibility of launching a strategy and goals spanning 12 years. But today, we see the results as a reality that our people are living in today.

What we witnessed over these years was remarkable. Thousands of teams on federal and local levels came together to achieve the vision adopted by the President of the UAE.

We have established the principles of strategic planning in the government. Excellence and competitiveness have transformed into an institutional culture. We carried out the biggest legislative reform in our country through issuing more than 50 new laws to help us adapt to the future. We shifted 2,500 government services from traditional to smart, and the UAE government was ranked the second in the world in financial efficiency.

We restructured the government several times to keep pace with the rapidly-changing world. We doubled the federal budget by 130 per cent and boosted our competitiveness to make the UAE rank the first globally in 121 indicators across various fields. Our work is nowhere near the end.

Our economy is the second biggest in the Arab world, and our country is ranked the first regionally in attracting foreign investment and facilitating business. We are leading regionally in more than 437 global indicators, and our sovereign credit rating is the highest in the region.

Our country’s judicial system is the most efficient in the region. There’s no fear in a country of law and justice; a country where human rights are safeguarded. We have made several legislative reforms and presented facilities for all to rank the first globally in attracting talents, the first in public-private partnerships and the first in the financial skills of the public sector. Our math and science education are the best in the region, and our Research and Development spending in universities exceeded AED 8 billion in 2020.

Over the past few years, our federal government invested AED 40 billion in housing, AED 140 billion in education, AED 94 billion in social development programmes and AED 50 billion in health and prevention.

Our population’s average age is close to 80 and our country has ranked the third globally in physical health and the overall satisfaction in the healthcare services. These are some of the indicators we have led, thanks to the relentless efforts of our federal and local teams over the past 15 years leading up to 2021.

Brothers and sisters, the past 15 years I spent in the federal government have not been easy. I remember when I first assumed my role as Prime Minister, many people have warned me from failure. I remember those who urged me to maintain my success in Dubai and avoid taking risks. I remember a senior Emirati dignitary who spoke to me years after assuming my responsibilities and said, “We all expected you to fail, and we were all wrong.” My answer will always be: this is not my own success. It is the success of our teams and of every official who took the opportunity towards change, and the success of thousands of young people we have trusted who proved trustworthy and reliable.

The question that arises: What have we learned from the past 15 years?

I learned that our union is strength. It is the greatest achievement we must protect. Local entities may compete among each other - and this is good – however, we should always remember that the UAE is our homeland and haven. It represents our authentic identity. And the spirit of the Union is the major power that shapes our core and pushes us forward to work together relentlessly to honour our country. If it wasn’t for this spirit, I would not have seen the sacrifices made on a daily basis to get to where we are today.

During the past 15 years, we have also learned the key to success lies in empowering and respecting human life and dignity without discrimination or prejudice. We must safeguard these values of tolerance, coexistence, respect and justice if we wish to continue. These values shall sustain the development of the next 50 years. These values are more important than any development projects. People are the basis who create projects, and they will not be able to make major achievements in a country that does not have the fundamental human values.

During the past years, we learned that success lies in the people’s satisfaction, regardless of the accomplished projects or indicators or even financial resources. Our success lies in the legacy we leave for generations to come. Success is in our integrity and responsibility towards our country.

Those beautiful 15 years passed quickly with a long record of achievements. Our efforts shall continue forward, under the vision of Sheikh Khalifa bin Zayed, President of the UAE.

During this journey, Sheikh Mohammed bin Zayed has been the greatest friend, companion and leader. Without his support, the federal government would not have succeeded and advanced at such speed. His wisdom, vision and unlimited support have enabled us to be among the best and most successful countries in the world.

During those 15 years, I worked with Sheikh Saif bin Zayed and Sheikh Mansour bin Zayed as one team. They took major responsibilities in the government and worked tirelessly to serve our county in the best possible way. I express my sincere appreciation to them and all the Cabinet members.

I wish the best to all our youth who have been loyal to this country and its leadership through devoting every effort to maintain our success. We have a long journey ahead… a brighter future awaits us… our journey for the next 50 years is to begin.

May God bless the UAE.