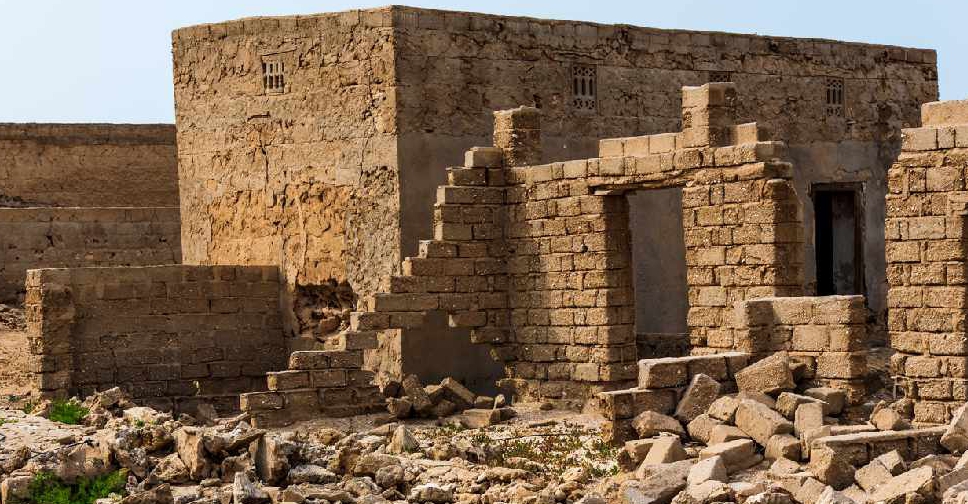 Together they represent around 5,000 years of history.

They include the abandoned pearling village of Jazirah al-Hamra, the old port city of Julfar as well as Shimal and Dhayah that have settlements dating back thousands of years.

This takes the total number of Emirati sites on the tentative list to 12 and will be assessed further by UNESCO.

"Eight sites from other Emirates are already on the UNESCO Tentative World Heritage Site listing, while Al Ain has already been formally inscribed on the list," said Noura bint Mohammed Al Kaabi, Minister of Culture and Youth and Chairperson of the National Education, Culture and Science Committee.

The new sites will strengthen the UAE’s global presence on the cultural tourism map, she added, noting that the country has a clear joint agenda with UNESCO, in cooperation with friendly countries, to preserve and ensure the sustainability of cultural heritage and make it an efficient tool in economic development.

The Department of Heritage, Antiquities and Museums of Ras Al Khaimah, in cooperation with the UAE’s National Committee, prepared the files of the four heritage locations that were submitted to UNESCO

The old port city of Julfar lies on the coastal plain north of Ras Al Khaimah. Its proximity to the mountains and the well-watered plains at the mouths of Wadi Bih and Wadi Haqil allowed extensive agriculture nearby.

Over time, as the coastline evolved, affecting the lagoons that provided harbours for shipping, Julfar had several different centres, including the sites of Kush, Al Mataf and Al Nudoud, which flourished during the Islamic period until the eighteenth century.

The city had a massive wall, which was part of an impressive fortification system securing its ports and palm trees gardens.

Originally a 45-hectare island, Jazirah al-Hamra is in southern Ras Al Khaimah. It is the best-preserved example of a traditional Gulf pearling port.

Its eastern and southern parts provided easy access to the mainland, to which it is now connected. To the east, the island overlooks the desert and, currently, two watchtowers protect it.

The town has small alleys running between the courtyard houses, markets, mosques and a fort.

Shimal is an area that stretches for over three kilometres along the coast north of Ras Al Khaimah, with numerous archaeological sites. An area of gravel plains with acacia trees, it is close to the large date-palm gardens at the mouths of Wadi Bih and Wadi Haqil.

The area includes many old settlements and over 100 graves dating back to the Bronze Age as well as numerous sites from the mid-Islamic period.

Dhayah is one of Ras Al Khaimah’s most impressive and important sites in terms of geographic location and culture.

The area is surrounded by steep mountains rising to 850 metres from three directions and overlooking a coastal lagoon to the west.

The Dhayah area has been settled for thousands of years, with agriculture and date palm cultivation being practiced on the gravel plains between the mountains and the sea.

Amongst its key sites is the hilltop Dhayah Fort, recently restored.