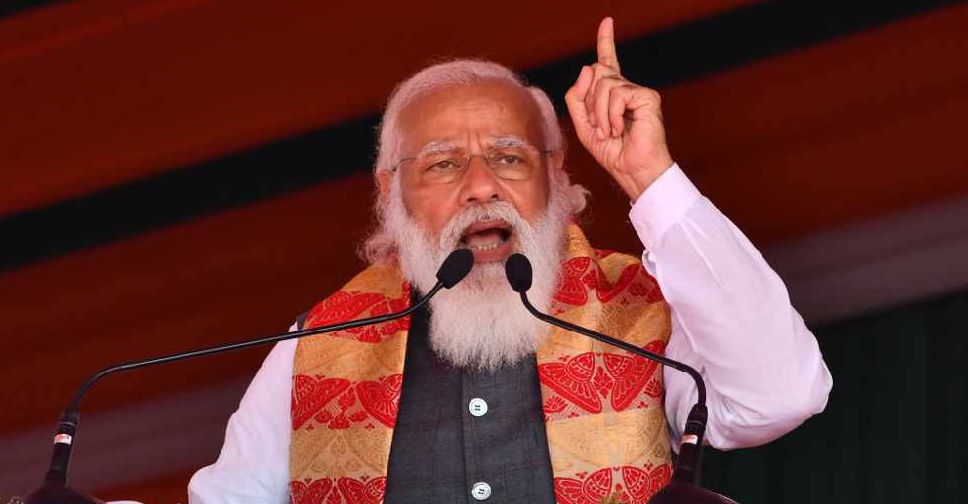 Indian Prime Minister Narendra Modi dismissed 12 cabinet members on Wednesday to try to reinvigorate his government after fierce criticism of its handling of the COVID-19 pandemic.

Several members of the ruling Bharatiya Janata Party (BJP) were sworn in at the presidential palace to replace them in the first cabinet reshuffle since Modi was re-elected in 2019 on a promise to transform India into a political and economic power.

He is expected to retain his core team at the foreign, finance, home and defence departments even though the economy is in a deep recession and there are widespread concerns that a surge in COVID-19 infections will stall the recovery.

Health Minister Harsh Vardhan, who was the face of the government's efforts to fight COVID-19, was asked to step down along with his deputy.

Information and Technology Minister Ravi Shankar Prasad, who was leading the government's efforts to persuade US social media giants to comply with the laws of the country, also lost his job in the reshuffle.

No reasons were provided for the dismissal though an industry source familiar with the thinking of Facebook, WhatsApp and Twitter expected them to welcome the change at the ministry.

"A reset always helps," said the source. "It so far appeared there was lack of conversation."

Modi also dropped Information and Broadcasting Minister Prakash Javadekar, who was also the government's spokesperson, and was due to name a successor to improve the government's messaging.

National elections are not due until 2024 but several states, including the most populous state of Uttar Pradesh, are due to hold elections next year which are seen as a barometer of the BJP's popularity.

A senior member of the opposition Congress Party, P. Chidambaram said the removal of the health minister and his deputy was an acknowledgement that the Modi government had failed in managing the pandemic but the buck should stop at Modi.

"There is a lesson for ministers in these resignations. If things go right the credit will go to the PM, if things go wrong the minister will be the fall guy," he said.