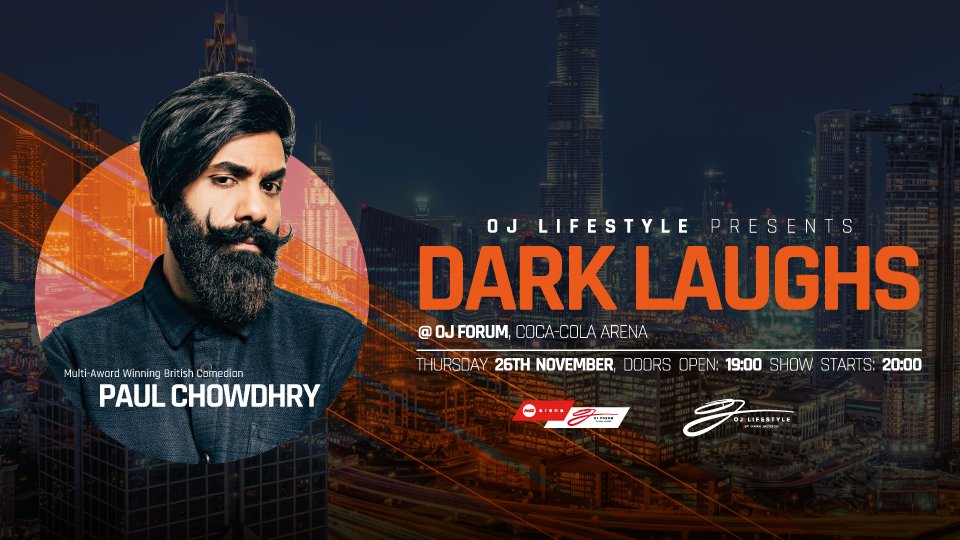 Presented by OJ Lifestyle, Dark Laughs 2.0 starring the world-famous British comedian, Paul Chowdhry, is happening in Dubai on Thursday November 26, and if you’re in need of a laugh, this comedy event could well be for you. The multi-award-winning comedian will be taking to the Coca-Cola Arena Dubai stage and he's promising to have the arena in fits of laughter.

With more than 150 sell-out shows around the world (including the 10,000-seater Wembley Arena in London) in just 2019 alone, we’re no strangers to Paul Chowdhry’s wit.

Prices for Dark Laughs 2.0 start from 350 AED for a pair of tickets and can be booked via the Coca-Cola Arena Dubai website.