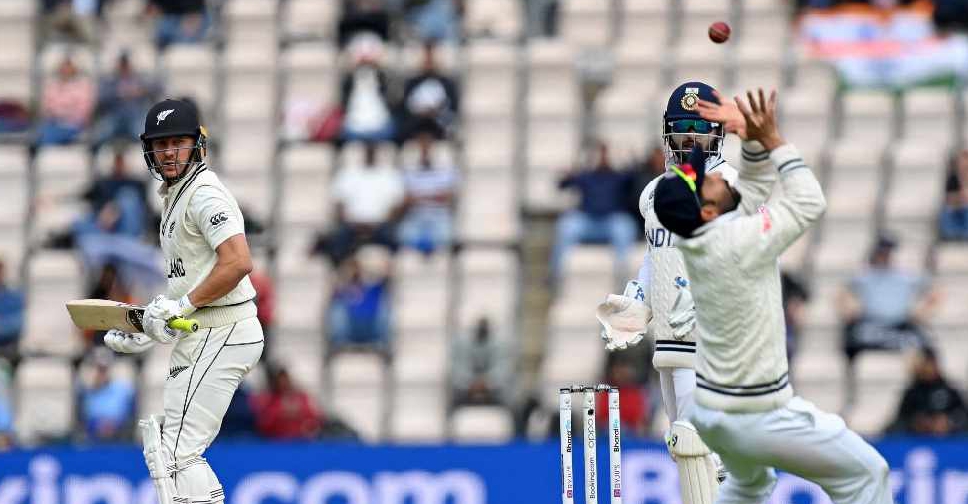 New Zealand were all out for 249, grabbing a 32-run first-innings lead against India on day five of the World Test Championship (WTC) final on Tuesday.

The one-off contest has already lost two full days to rain on England's south coast, diminishing hopes of a result in the inaugural final of test cricket's pinnacle event.

Wednesday has been allocated as a reserve day to make up for lost time.

There was a delayed start to fifth day's play as well and once New Zealand resumed on 101-2, India clawed back in the contest after Virat Kohli effected three inspired bowling changes.

Shami dismissed Ross Taylor for 11 and clean bowled BJ Watling, who made one, to wreck New Zealand's middle order.

The seamer returned after the lunch break to account for the wickets of Colin de Grandhomme and Jamieson.

Williamson hit Shami for a boundary to put New Zealand ahead but fell agonisingly short of what could have been only the second fifty in the low-scoring match.

Ishant Sharma ended the New Zealand skipper's five-hour vigil, inducing him into feebly poking at a delivery and Kohli grabbed the edge standing wide at the second slip.