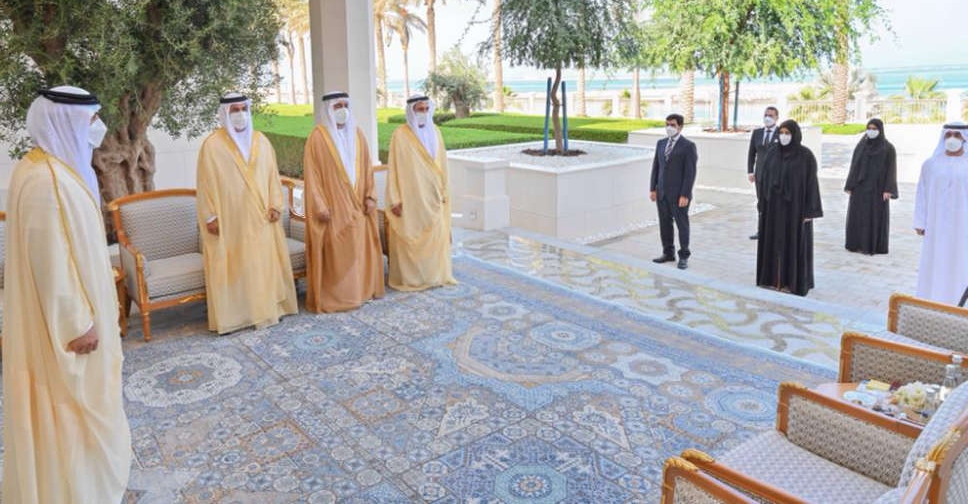 At the swearing-in ceremony held at the Qasr Al Watan, Sheikh Mansour bin Zayed welcomed the new Judicial Department representatives and wished them every success in performing their duties of upholding justice and the rule of law.

Sheikh Mansour emphasised the development of the judicial system through smart and innovative services under the priorities of the new strategic plan of the Judicial Department 2021 - 2023.

It is in line with the vision of the leadership of President His Highness Sheikh Khalifa bin Zayed Al Nahyan and the continuous follow up of His Highness Sheikh Mohamed bin Zayed Al Nahyan, Crown Prince of Abu Dhabi and Deputy Supreme Commander of the UAE Armed Forces, to enhance the processes of the judicial sector, the rule of law values, ensure development and leadership of the judicial system and ensure the quality of its services.

He called for efforts to ensure the judicial system’s efficiency, take advantage of the technical development, and adopt smart and rapid services enhanced by artificial intelligence techniques to guarantee complete access to judicial services.

Sheikh Mansour also urged them to make sincere efforts to follow the principles of justice and ensure that law enforcement safeguards the security and stability of society.