Late Kuwaiti Emir's legacy will be remembered for years to come 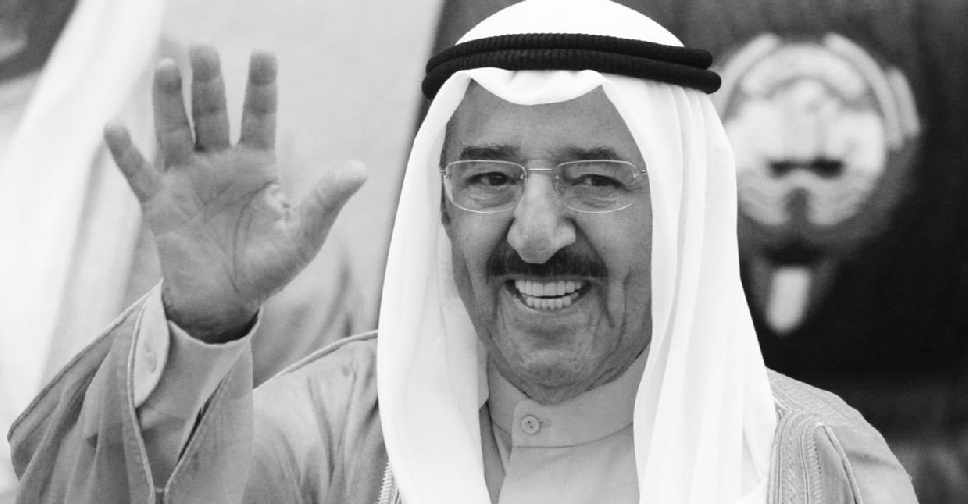 Since ascending to power on January 29, 2006, Sheikh Sabah focused his journey on the development of Kuwait and its people as well as bringing regional peace and global stability.

His Highness the Emir became the fifteenth leader of Kuwait and the first to swear oath since 1965 at the National Assembly with the support of the legislative and executive powers.

His Highness advocated for humanitarian diplomacy and peace during his tenure. This policy was deeply rooted in his upbringing and government career prior to the leadership of Kuwait.

He began his governmental career in 1954 when he became a member of the supreme executive committee tasked with organising official departments.

In 1955, the Emir became head of the Department of Social and Labor Affairs with an emphasis on migrant workers.

The department was also tasked with providing social support to women, children, the youth, and the elderly.

Sheikh Sabah was also very keen on the arts and the theatre in Kuwait, establishing the first centre for Kuwaiti folklore in 1956.

In 1957, Sheikh Sabah was appointed as head of the department of print and publication. He worked extensively to publish Kuwait Al Yawam, the state's official gazette, as well as Al Arabi magazine.

His Highness Sheikh Sabah worked on laws to put Kuwait's media on the map of Arab journalism through its integrity and accuracy.

Post-independence in 1961, the Emir was a member of the committee laying the foundations of Kuwait's constitution. He was part of the first cabinet in 1962, becoming minister of guidance and news.

On January 28, 1963, after the first legislative elections, Sheikh Sabah was appointed as Foreign Minister, drawing up the blueprint for Kuwait's international policy. He spent 40 years in this position.

During his tenure as Foreign Minister, Sheikh Sabah played a pivotal role in trying to find a solution to crises in the Arab world.

He led Kuwait's delegation 54 years ago in negotiations to end the Yemeni civil war.

Tension continued between the south and north Yemeni groups, so the Emir visited them in 1972, leading to a peace treaty between the two sides.

In the 1980s, His Highness brokered an agreement between Oman and Yemen, which led to a halt in hostilities and the establishment of diplomatic relations.

Due to Kuwait's strong foreign policy and efforts to spread peace, the country managed to gather worldwide support during its darkest time in August 1990, the period of the Iraqi invasion.

On July 13, 2003, a decree was issued appointing Sheikh Sabah as Prime Minister, the first instance when the Premiership was separated from the post of Crown Prince.

As Prime Minister, His Highness made it his mission to bring development and prosperity to his country, encouraging support for small enterprises.

He also was keen on a vision to transform Kuwait into a regional and international commercial centre, bringing the country back to its reputation as "the pearl of the Gulf."

Sheikh Sabah was named as Ruler of Kuwait and he took the oath in parliament on January 29, 2006.

During his reign, the Emir ushered in an era of development and progress, launching various development initiatives including the Sabah Al-Ahmad Sea City.

Other projects include the Jaber Al-Ahmad Hospital, Mubarak Seaport, the Jaber Causeway and the Jaber Al Ahmad Stadium.

His Highness received several honours and accolades in recent years including the US Legion of Merit which was presented by President Donald Trump.

Sheikh Sabah was also honoured by the UN in 2014 as a global humanitarian leader,

Additionally, the Emir organised the first Arab social and economic summit in January 2009.

His legacy will continue to be remembered by the people of Kuwait, Arab and Islamic nations, and the rest of the world, for his efforts to bring peace and progress for humanity.