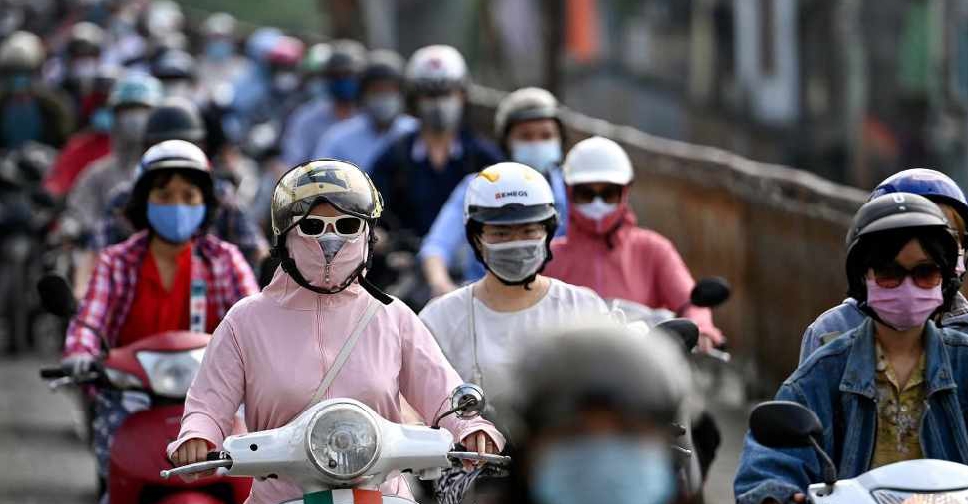 Vietnam has approved China's Sinopharm vaccine for use against COVID-19, state media reported on Friday.

It's the third shot to be endorsed in the Southeast Asian country that is tackling a new outbreak of infections.

The decision to approve the Sinopharm vaccine was issued by the health ministry, the official Vietnam News Agency reported.

The country is trying to accelerate its vaccine procurement drive to tackle a more stubborn wave of infections, even though its overall case load and fatality numbers remain relatively low.

Minister of Health Nguyen Thanh Long said on Wednesday Vietnam was nearing its target of acquiring 150 million doses of vaccines this year to inoculate 75% of its 98 million population.

The country has taken delivery of nearly 2.9 million doses of coronavirus vaccine so far, mostly AstraZeneca shots and about one million have been administered.

Vietnam has recorded 49 deaths and just 8,115 cases overall, although nearly 60% of infections were in the past month.

The World Health Organisation on Friday confirmed that a coronavirus mutation that Vietnamese authorities thought was a combination of the Indian and UK variants did not appear to be a new variant or hybrid.

"Based on evidence to date, this is not a new variant nor a hybrid variant but an additional mutation found in the Delta variant," said Kidong Park, the WHO's representative in Vietnam, referring to the Delta variant first identified in India.

"It is premature, at this stage, to conclude on the characteristics of this additional mutation that occurred in the Delta variant," Park added in an emailed statement.