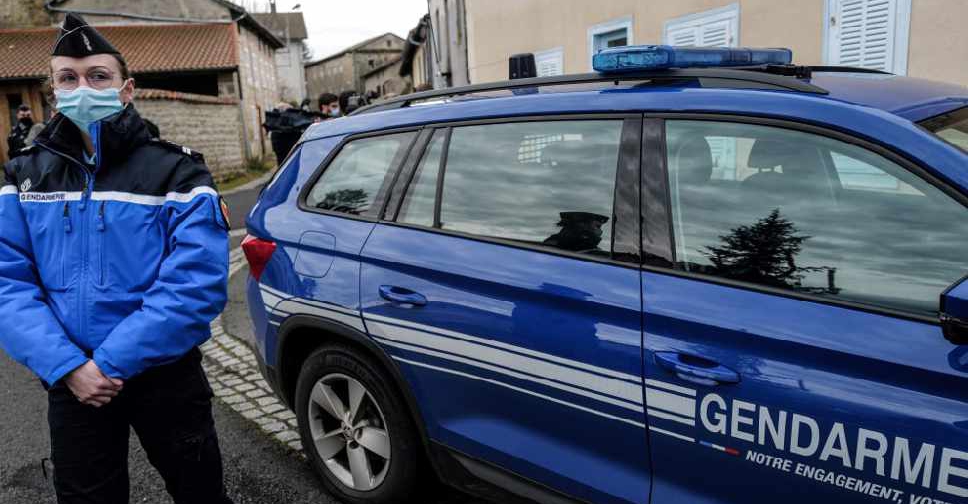 Three French police officers were shot dead by a man when they arrived at a home in Saint-Just, a remote village in central France, to respond to a domestic violence call, police said on Wednesday.

Police reinforcements were despatched to seal off the area, the interior ministry said. France's BFMTV broadcaster had earlier reported the man was still armed.

French officials made no mention of the suspected gunman's possible motive.

The incident began when a group of officers from the gendarme police force, responding to a call about domestic violence, arrived at a house in a small hamlet near the town of Saint-Just early in the morning.

When police arrived, a man started shooting at them and then set the house on fire, according to BFMTV.

A woman who was the reported victim of the domestic violence had sought refuge on the roof of the house and was rescued safely by police. The house was destroyed by the fire, BFMTV reported.

"This is a gendarme operation which is related to domestic violence, which has seen some developments that are still in progress," a representative of the regional prefect's office told Reuters.

The three gendarme officers killed in the incident were aged 21, 37, and 45, the ministry said in a statement. A fourth officer, who was wounded, did not have life-threatening injuries, it said.

Darmanin paid tribute to the officers who were killed.

"The nation bows down before their courage and commitment," he wrote on Twitter.