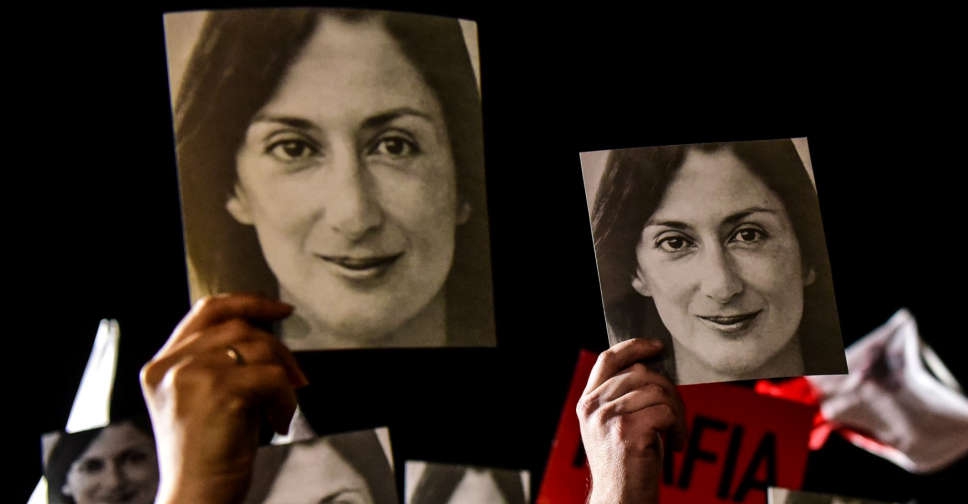 The man accused of detonating a car bomb that killed a prominent Maltese journalist has confessed to the crime in an interview with a Reuters reporter and says he will soon implicate others in plotting to assassinate her.

Speaking from jail in his first comment on the case, George Degiorgio said if he had known more about Daphne Caruana Galizia - the journalist he and two others are accused of killing in 2017 - then he would have asked for more money to carry out the hit.

"If I knew, I would have gone for 10 million. Not 150,000," he said, referring to the sum in euros that he said he was paid for killing the journalist.

"For me it was just business. Yeah. Business as usual!" he told a Reuters reporter. He later added, "Of course I feel sorry."

The interview with Degiorgio was conducted during research for a podcast into the Caruana Galizia case, entitled "Who Killed Daphne?"

His admission came after several attempts by Degiorgio's lawyers since 2021 to secure a pardon in return for testimony about Degiorgio's role in Caruana Galizia's murder and other alleged crimes involving prominent figures on the island.

On June 22, Malta's Appeal Court rejected remaining legal challenges by Degiorgio to the murder charges against him and his brother Alfred, who is co-accused. The judgement clears the way for trial to go ahead.

The car-bomb assassination of the investigative journalist and blogger caused shock across Europe. Maltese authorities charged Degiorgio and two other men – his brother Alfred and an associate, Vince Muscat – with murdering Caruana Galizia in October 2017 at the behest of a top island businessman.

Degiorgio told Reuters he would plead guilty ahead of any jury trial. "I'm going to speak to the magistrate," he said. He  indicated he would provide testimony to implicate others in the murder and in a previous unrealised plot to kill the journalist.

His motive, he said, was to seek a sentence reduction for himself and Alfred and to ensure that "we're not going down alone!"

Until now, both of the Degiorgio brothers had denied involvement in the killing. Muscat pleaded guilty to the murder charges in 2020 and was sentenced to a reduced term of 15 years in jail in return for testifying about this case and some other crimes. William Cuschieri, the lawyer for Alfred and George Degiorgio did not respond to requests for comment from either brother.

One of the island's richest businessmen, Yorgen Fenech, was also charged in November 2019 with commissioning Degiorgio and his two accomplices to carry out the hit. Fenech has denied the charge but has not yet presented his defence. In a statement, his lawyer, Gianluca Caruana Curran, said Fenech planned to prove in court "he at no point wanted, actively searched for or sponsored" Caruana Galizia's assassination.

"While strongly protesting his innocence, Mr Fenech maintains that with the evidence available, independent and serious investigations are capable of leading to the arrest and arraignment of the true perpetrators behind the assassination."

Fenech was identified as the mastermind by an alleged middleman, taxi driver Melvin Theuma, who escaped prosecution for his role in the case in return for testifying. Theuma said he arranged the murder with the Degiorgio brothers on Fenech's behalf. He testified that he never told the Degiorgio gang Fenech's identity.

In the interview, Degiorgio said he was willing to testify that a top Maltese political figure had tried to arrange a hit on Caruana Galizia in a separate plot two years earlier. Degiorgio also said he would offer to testify about the involvement of two senior former ministers in an armed robbery.

Reuters is not at this stage publishing further details of those allegations or naming the individuals accused by Degiorgio, all of whom deny any involvement in any crime.

Caruana Galizia was killed after she levelled a series of corruption allegations against prominent people, including ministers in the island's Labour Party government.