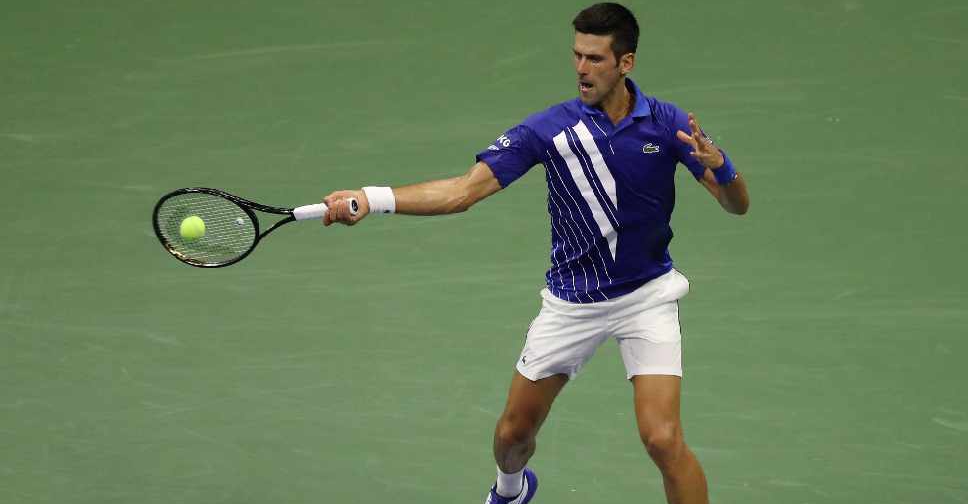 Novak Djokovic showed a bit more passion than might have been expected in his first-round win over Damir Dzumhur on Monday.

The Serbian lost his way a bit in the second set but rallied for a straightforward victory on Arthur Ashe Stadium that extended his extraordinary winning streak to 24 matches this year.

The world number one, however, brushed aside any question that he was feeling the pressure as the overwhelming US Open favourite.

Meanwhile, Naomi Osaka had to dig deep to beat fellow Japanese Misaki Doi 6-2 5-7 6-2 to kick off her US Open campaign.

A left hamstring injury had forced her to withdraw from the Western & Southern Open final against Victoria Azarenka but the fourth seed's movement did not seem to be affected against Doi on Monday.

American teen sensation Coco Gauff, however, was eliminated from the first round of a Grand Slam for the first time. She bowed out 6-3 5-7 6-4 to Anastasija.

On Tuesday, a trio of mothers will kick off their campaigns with former champions Serena Williams and Kim Clijsters in action on day two along with twice runner-up Victoria Azarenka.

Six-times US Open winner Williams resumes her quest for a 24th major title with her first career meeting against compatriot Kristie Ahn, the world number 96, in the second match at Arthur Ashe Stadium.