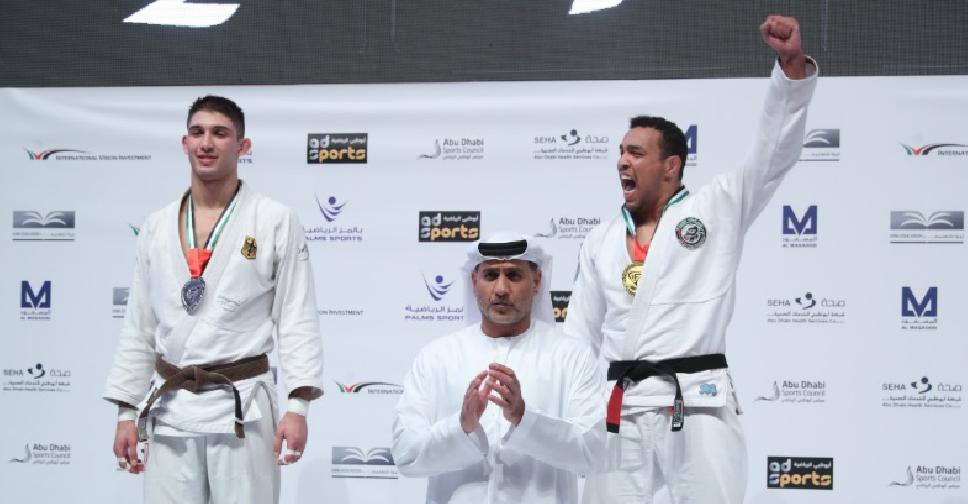 Faisal Al Ketbi took home the gold medal for the UAE at the Jiu-Jitsu World Championship 2019.

The 32-year-old’s Gold, earned in the 94 kg category was his fourth in five attempts at the World Championship.

Pitted in the final against Germany’s Julian Stonjek, who had won his quarterfinal and semifinal by submission within a minute each, Al Ketbi put out a tactically astute display shutting down the German’s aggressive manoeuvres before picking up two key points with a perfectly executed leg-sweep, ultimately clinching the gold with a 2-0 victory.

"Today’s win was quite special. It wasn’t the easiest tournament for me. I had a tough draw and knew that I had to grind out tough wins. But, because of all the support that I receive from everyone, especially the UAEJJF, their constant cooperation and their efforts to prepare us so well, I managed to execute my plans," he said.

His victory came on a day when the UAE Jiu-Jitsu National Team put up a string of brave performance but all apart from Al Ketbi fell short of medals.

"I know that everyone who fought today gave it their all. Sometimes, it just doesn’t work out on the mat and my teammates must understand that. Though I was focused on my own performances, I saw that Mohammed Al Kubaisi, Abdullah Al Qubaisi, Hamdan Al Balooshi, and all the others really tried very hard to make the country proud. I am sure looking at their performance here and the constant improvements that UAEJJF brings to our training programme, success is not far," he added.

"Faisal is the perfect guide for the upcoming generation of Jiu-Jitsu athletes in the UAE. He is one of the most important pillars in the UAE men’s Jiu-Jitsu National Team and an athlete who has been exemplary in every way. Faisal’s performance today was an excellent example for our upcoming Jiu-Jitsu athletes on how to conduct themselves in a high-pressure tournament like the World Championship," says Mubarak Al Menhali, Technical Director of the UAE Jiu-Jitsu Federation.

The Ju-Jitsu World Championship 2019 will run till November 24.