Shami out of T20 series against Australia after COVID test 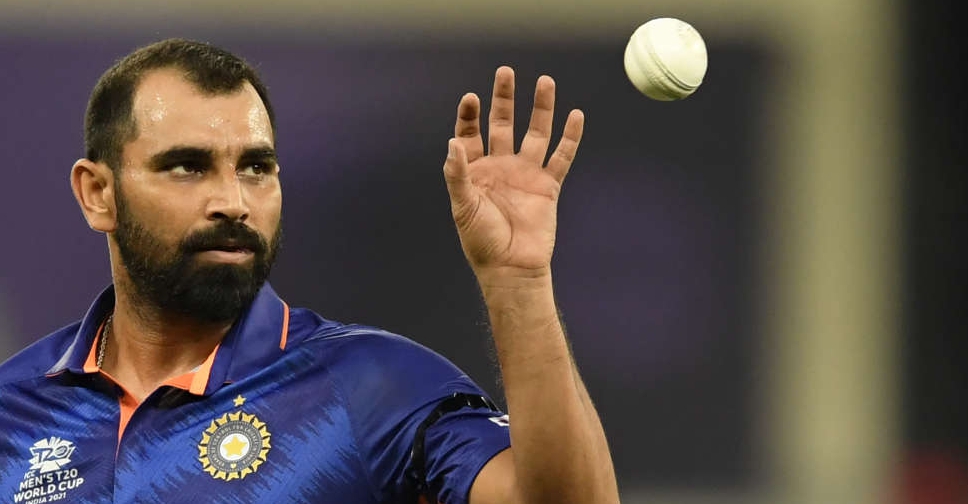 India fast bowler Mohammed Shami has tested positive for COVID-19 and has been ruled out of the three Twenty20 internationals at home against Australia, the country's cricket board (BCCI) said on Sunday.

After the three-match series, starting in Mohali on Tuesday, India will play another three games at home against South Africa as they continue their preparations for the T20 World Cup in Australia starting in less than a month's time.

Shami, who was not included in India's Asia Cup squad recently, last played in the shortest format for the national side in November during their previous T20 World Cup campaign in the United Arab Emirates.

"The All-India senior selection committee has named Umesh Yadav as his replacement," the BCCI said in a statement.

Fast bowler Yadav, 34, has been part of seven T20 internationals for India, the last of them in February 2019.

"These two series (against Australia and South Africa) are going to be quite challenging, top teams in the world. It's going to be a good challenge for us," India captain Rohit Sharma told reporters.

"We have tried a lot of players and we have seen what each of those players bring to the table. We are very clear about our thought process and how we want to move forward."

India, who begin their World Cup campaign with an Oct. 23 blockbuster against arch-rivals Pakistan in Melbourne, got a timely boost with batting talisman Virat Kohli returning to form during the Asia Cup.

Kohli, who bats at the number three spot, opened the batting for India in the Asia Cup T20 match against Afghanistan and recorded his first international hundred in nearly three years.

Scores of 35, 59 not out and 60 in three other Asia Cup outings also signalled that Kohli was getting his touch back after numerous dismal performances.

Rohit said Kohli will be an option at the top of the order but clarified that KL Rahul remained the first choice as his opening partner.

"It's always nice to have options available, it is very important when you go to a tournament like the World Cup. You want that flexibility," Rohit said. "It's an option for us, since we have not taken a third opener, he can obviously open.

"I don't think we are going to experiment a lot for that position. KL Rahul will play the World Cup and will be our opener."