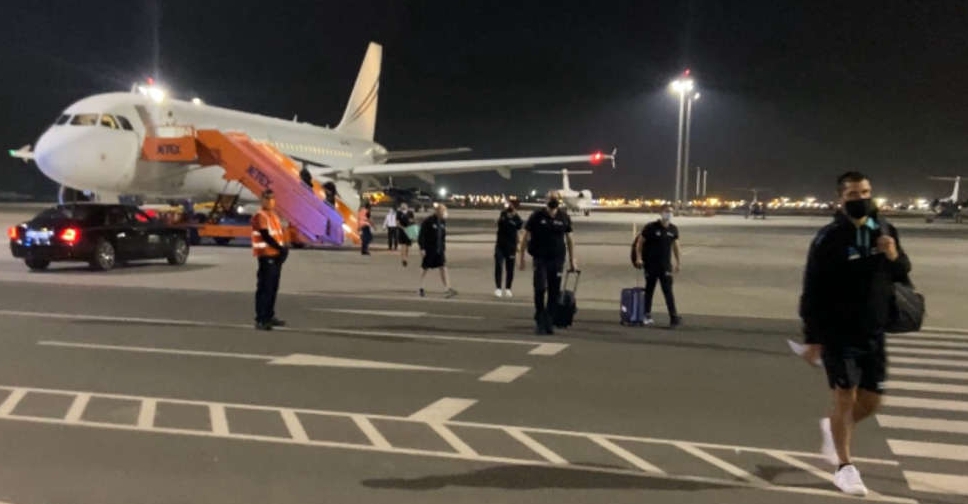 New Zealand cricket team have reached Dubai on Sunday, after abruptly abandoning the tour of Pakistan due to a "specific, credible threat" against its team, New Zealand Cricket (NZC) said.

The players left Islamabad by a chartered flight on Saturday and reached Dubai where the 34-strong contingent are undergoing 24-hour period of self-isolation, the NZC said in a statement.

Twenty-four of them will return home next week, while the rest would join New Zealand's Twenty20 World Cup squad for the showpiece tournament scheduled in the UAE and Oman from October 17.

The BLACKCAPS have arrived in Dubai after leaving Islamabad on a charter flight last night (New Zealand time).

The players and support staff are now settling into their Dubai hotel and undergoing a 24-hour self-isolation.

New Zealand had pulled out of the limited-overs tour on the day of the opening fixture in Rawalpindi on Friday citing a New Zealand government security alert.

"What I can say is that we were advised this was a specific and credible threat against the team," NZC chief executive David White said.

"Everything changed on Friday. The advice changed, the threat level changed and, as a consequence, we took the only responsible course of action possible."

New Zealand had been visiting Pakistan for the first time in 18 years and also had been due to play five Twenty20 matches in Lahore.

Top teams have largely shunned Pakistan following an attack by militants on the Sri Lanka team bus in Lahore in 2009 that killed six policemen and two civilians.

Stung by the shock withdrawal, the Pakistan Cricket Board (PCB) has threatened to take up the matter with the governing International Cricket Council.

Even Prime Minister Imran Khan's telephone discussion with New Zealand counterpart Jacinda Ardern could not save the tour and prevent a major blow to Pakistan's hopes of hosting top international teams.

"Unfortunately, given the advice we'd received, there was no way we could stay in the country," White said.

The advice was also supported by NZC's security consultants and other independent sources, the cricket board said.

While the general tenor of the threat was immediately shared with the PCB, White said specific details could not, and will not, be disclosed.