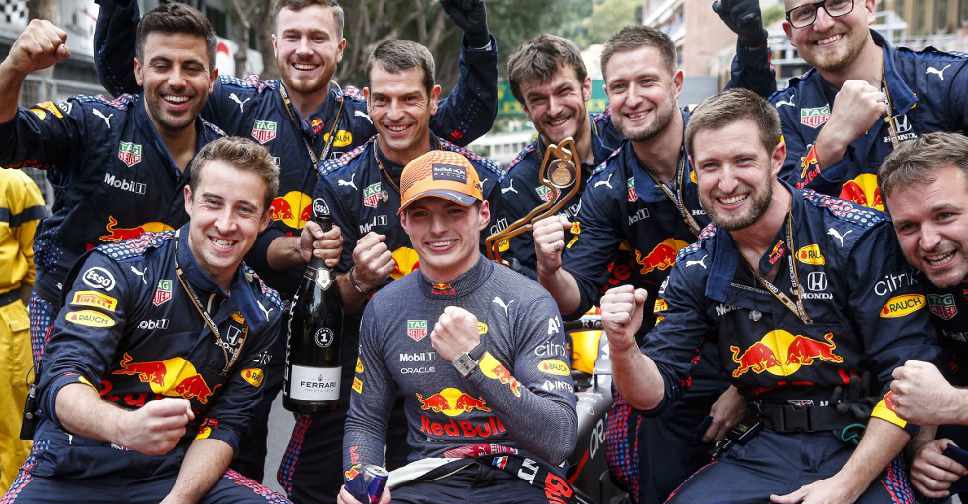 The 23-year-old Dutch driver started the day 14 points behind Mercedes' seven times world champion Lewis Hamilton and ended it four clear of the Briton with 18 races remaining on the schedule.

Hamilton finished seventh, gaining an extra consolation point for the fastest lap after making a late stop for fresh tyres.

"It's so special around here to win and, also for me, the first time on the podium here. An amazing race," said Verstappen, who had everything under control from start to finish.

Ferrari's Carlos Sainz finished second - a boost for the team after Charles Leclerc, who had secured pole position and crashed in qualifying, was ruled out before the start with a driveshaft problem.

The podium was the Spaniard's first since he joined Ferrari this year, but it was a nervous race given his teammate's misfortune.

The victory was Verstappen's second of the season and also the first time he had stood on the podium at the sport's most glamorous race.

The unexpected drama of Leclerc's pre-race retirement left him alone on the front row at the start with pole position empty.

The Dutch driver made a clean start, with Mercedes' Valtteri Bottas slotting in behind and Sainz third.

Hamilton was left fuming after an early pitstop to gain places backfired, and Mercedes dropped the ball again when mechanics were unable to remove a jammed right front wheel from Bottas's car, forcing him to retire.

There was little drama in the race, the usual picturesque procession around the principality where overtaking is extremely difficult, and unusually for Monaco no crashes or safety car period.

Red Bull's breakthrough weekend also saw them go top of the constructors' standings by a point, with engine partners Honda leading a championship for the first time since 1991.

AlphaTauri's Pierre Gasly was sixth, staying ahead of Hamilton despite the Briton's pitstop to try and get past on strategy, and Canadian Lance Stroll was eighth for Aston Martin.

Australian Daniel Ricciardo, winner in 2018 with Red Bull, was only 12th for McLaren but a place ahead of two times world champion Fernando Alonso with Alpine.

Monaco was Formula One's first street race since 2019 and some 7,500 spectators were allowed to attend with the grandstands at 40 per cent capacity.