Man United roar back to sink Villa in EFL Cup 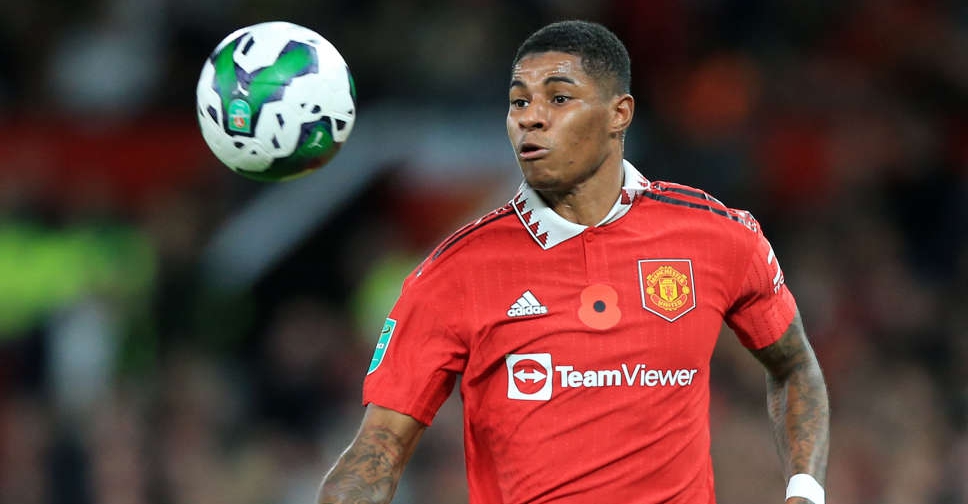 A rousing second-half display from Manchester United earned the hosts a thrilling 4-2 victory over Aston Villa in the EFL Cup third round on Thursday.

After a uneventful first half, the game sprang to life just after the break as Ollie Watkins clipped Villa into the lead, before the hosts went straight down the other end to level through Anthony Martial.

The chances kept coming and Villa retook the lead after Diogo Dalot inadvertently diverted the ball into his own net, only for United to quickly equalise again, Marcus Rashford applying the finish.

The game opened up as it approached the latter stages and Bruno Fernandes, played in by substitute Alejandro Garnacho, put United ahead with a shot, off the back of Villa defender Tyrone Mings, 12 minutes from time.

Scott McTominay added a late fourth for United to put the seal on a exhilarating win over Villa who beat them 3-1 in the Premier League on Sunday.

"It was a game of two halves," Rashford told Sky Sports. "First half it was not great in possession so it was similar to the other day. The second half we played with a lot more confidence.

"My aim is to enjoy my football and at the moment I am. If I am scoring goals and winning, then I am happy.

"I try to end up in a place for the goal. I would say I am more comfortable on the wing, back to goal I need to improve a lot on that."

United fell at the third-round stage last year at home to West Ham United, and having put in a such a below-par showing in the first half at Old Trafford, the writing appeared to be on the wall again after Watkins's goal.

Just as was the case the weekend, the United backline was too easily carved open by a Jacob Ramsey pass, and Watkins did the rest with a fine finish.

From there on, however, it was all United, with Rashford celebrating his England World Cup call-up by flashing a strike wide before showing great determination to net his eighth goal of the season.

Fernandes completed the comeback and McTominay's goal on the stretch, moments after he had thundered a strike against the crossbar, was thoroughly deserved as United progressed in style.