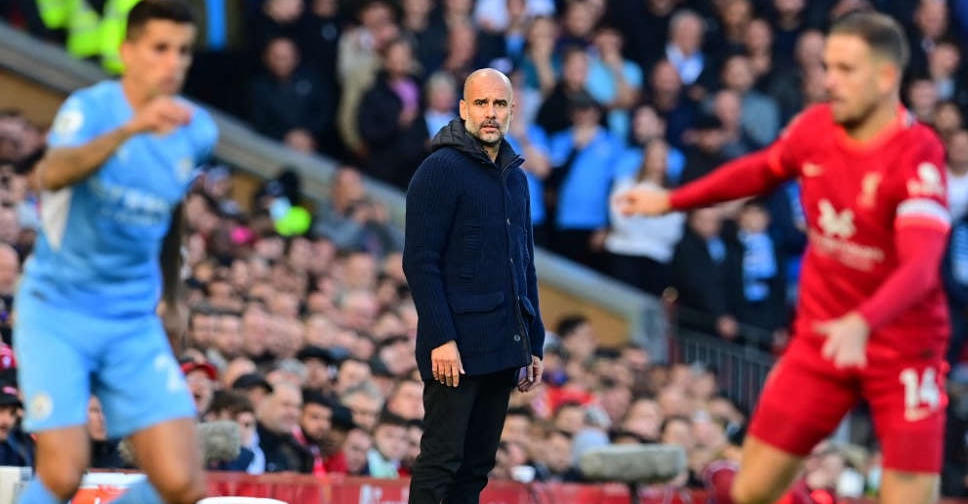 Manchester City have made a complaint to Liverpool after a fan allegedly spat at their backroom staff during Sunday's 2-2 Premier League draw at Anfield, media reported.

Sky Sports said that Liverpool had opened an investigation into the incident.

City and Liverpool both did not immediately respond to a Reuters request for comment.

City manager Pep Guardiola said that he was not aware of the incident at the time but was notified by his staff later.

"I'm pretty sure that if it happened, I'm sure Liverpool will take measures about this person. Liverpool are much greater than this behaviour.

"Nothing will change my admiration for this club. It was the same story two, three years ago when we came here and they destroyed our bus - it is certain people, not just Liverpool."

City came from behind twice to earn a draw at Anfield with Phil Foden and Kevin De Bruyne scoring for the visitors.

Guardiola's team are in third spot on 14 points, level with Manchester United, Everton and Brighton & Hove Albion. They next host Burnley after the international break on Oct. 16.