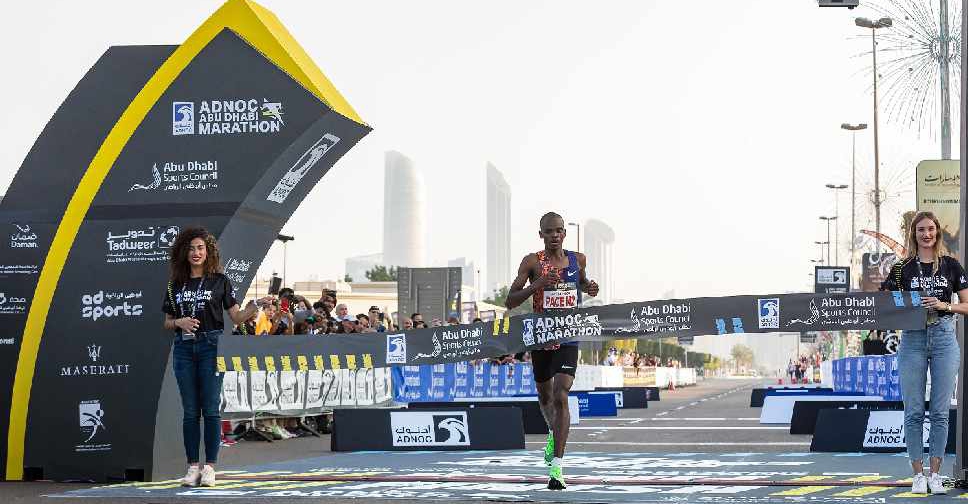 The 23-year-old made marathon history, starting as the pacemaker to take first place in a time of 2:04:40, smashing his personal best set earlier in the year at the Buenos Aires Marathon by 38 seconds. He was followed one minute and 41 seconds later by fellow Kenyan Joel Kimurer. Ethiopia’s Fikadu Teferi Girma secured the third spot.

In the women's race, Kiplagat stormed to victory in a time of 2:21:11, setting another new personal best, shaving over a minute off the time set in her victory at the Milano Marathon earlier this year. She was followed Ethiopia’s Wude Yimer Ayalew and Yeshi Chekole Kalaya.

The event attracted over 16,500 professional and novice runners who took part across four race categories – 42k, 10k, 5k and 2.5k – and were able to take in the capital’s iconic landmarks including Emirates Heritage Village and Qasr Al Hosn.