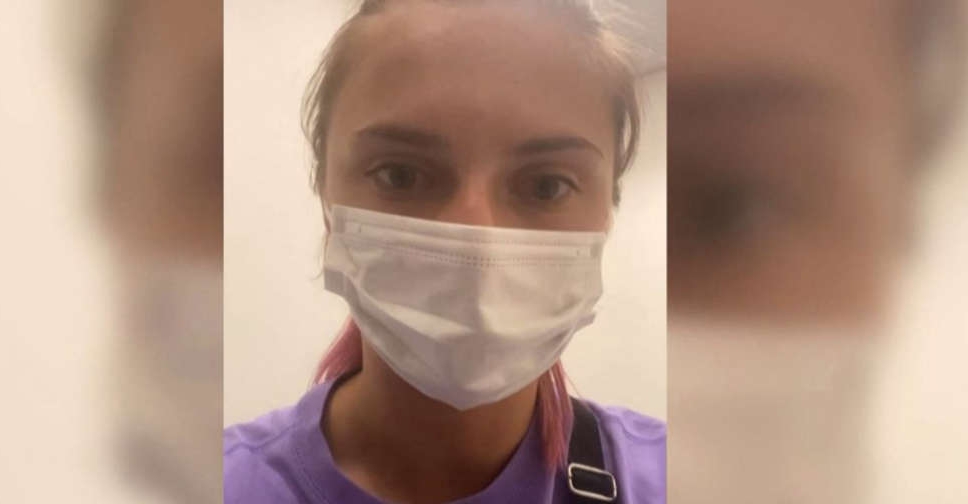 The IOC said on Tuesday it was waiting for a report later in the day from the Belarusian National Olympic Committee on the case of sprinter Krystsina Tsimanouskaya, after launching an investigation into the incident that has rocked the Games.

The athlete took refuge in the Polish embassy in Tokyo on Monday, a day after refusing her team's orders to board a flight home from the Olympic Games.

Warsaw has offered her a humanitarian visa.

International Olympic Committee spokesman Mark Adams told reporters the body had spoken to the athlete twice on Monday, that she was in a safe, secure place, and that the IOC needed to know all the facts before taking further action.

"We are expecting and have asked for a report from the National Olympic Committee of Belarus for today," Adams said, adding the IOC was still gathering the facts.

"We want it (report) today. We have decided to launch a formal investigation. We need to establish the full facts. We need to hear everyone involved."

Asked whether an IOC decision on the matter would come during the Games, Adams said it was not possible to estimate how long the investigation would take.

"That obviously can take time. We need to get to be bottom of it. How long that will take I do not know," he said.

Tsimanouskaya, 24, had been due to compete in the women's 200 metre heats on Monday but said that on Sunday she was taken out of her room in the athletes' village and driven to the airport to board a flight home after criticising team officials.

The incident has focussed attention on Belarus, where police have cracked down on dissent following a wave of protests triggered by an election last year which the opposition says was rigged to keep Lukashenko in power.

"We have also now contacted the NOC of Poland. In terms of what the IOC can for her future we have talked to them with regard to her sport, after her arrival in Warsaw if that is indeed where she chooses to end up," Adams said.

In March, the IOC refused to recognise the election of Lukashenko's son Viktor as head of the country's Olympic Committee. Both father and son were banned from attending the Games in December.

US Secretary of State Antony Blinken blasted Belarus' attempt to send Tsimanouskaya home. "Such actions violate the Olympic spirit, are an affront to basic rights, and cannot be tolerated," Blinken wrote on Twitter late on Monday.