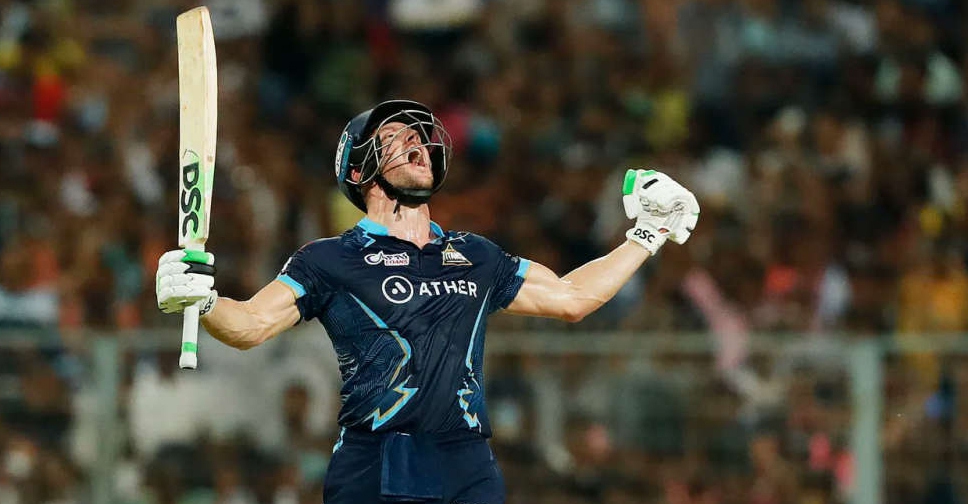 Gujarat Titans captain Hardik Pandya said David Miller's quality was never in doubt after the South African powered them to the Indian Premier League final in their debut season with victory against the Rajasthan Royals.

Miller struck a blistering 38-ball 68 and shared an unbeaten 106-run stand with Pandya (40) to help Gujarat chase down a formidable 189 with seven wickets in hand.

"A lot of people counted David Miller out but for us he was always a match-winner from the time we bought him at the auction," said Pandya.

"What he did today we always expected from him. But for us it was important to give him the importance, give him that love and give him the clarity as to what we expect from him."

Miller, who managed just 124 runs from nine games for Rajasthan last season, smashed three successive sixes off Prasidh Krishna in the final over to seal the match in style and send Gujarat to the final on their home ground in Ahmedabad.

"I am generally proud of the way he has lifted his game," said Pandya, adding that he was proud to play with Miller.

"I always wanted good things to happen to him."

Rajasthan can still make the final if they beat the Lucknow Super Giants or Royal Challengers Bangalore, who face each other in the first eliminator later on Wednesday.