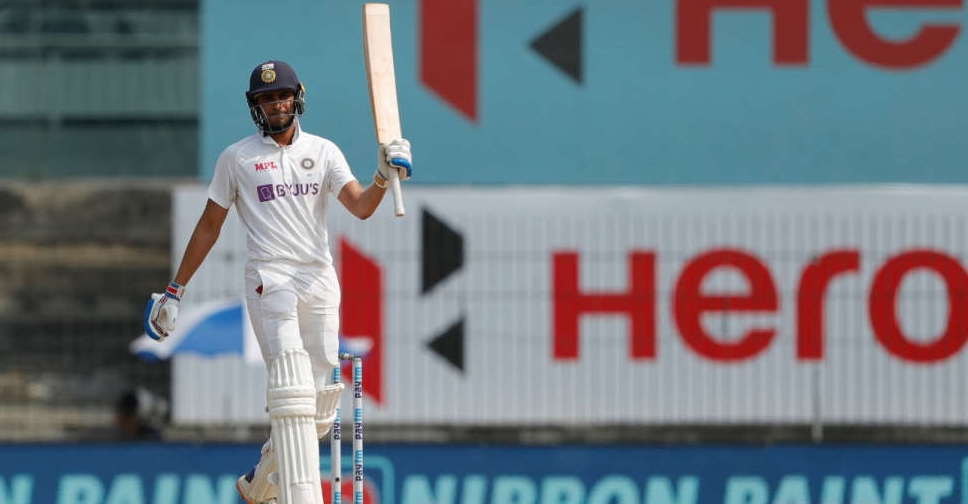 Shubman Gill celebrated his Test recall with an unbeaten 52 to drive India to 82-1 at lunch on day one of the opening Test against New Zealand at Kanpur's Green Park Stadium on Thursday.

Gill's fourth Test half-century contained five fours and a six, and his second-wicket partnership with Cheteshwar Pujara is already worth 61 runs.

Pujara was on 15 as he battled New Zealand's three-pronged spin attack in the first match of the two-Test series.

Gill, who missed India's England tour, was yet to open his account when he was adjudged lbw to Tim Southee in the third over. He immediately reviewed the decision and it was overturned after replays confirmed an inside edge before ball hit pad.

New Zealand captain Kane Williamson introduced spinner Ajaz Patel in the seventh over but it was Kyle Jamieson who drew first blood, dismissing Mayank Agarwal caught behind for 13.

On a slow track where several balls kept low, the towering fast bowler began with a bouncer and his fifth delivery was a length ball outside the off-stump which induced a half-hearted edge from Agarwal.

Gill grew in confidence and hit Patel for a six and a four in the same over to bring up India's fifty.

The sides last met in June when New Zealand triumphed in the World Test Championship final.