Fury 'over' boxing but could return for 500 million pounds 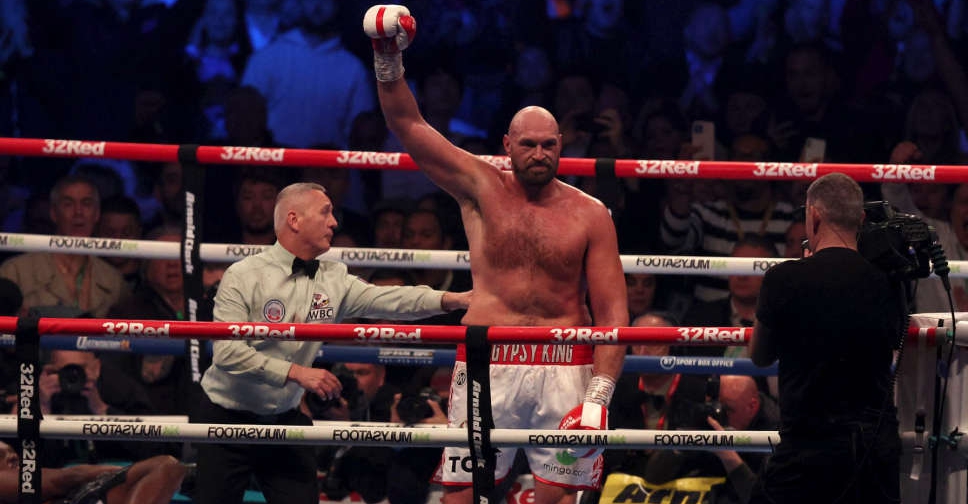 WBC heavyweight champion Tyson Fury said he was "over" boxing but could be tempted to return to the ring for 500 million pounds (AED 2.2 billion).

Fury knocked out fellow Briton Dillian Whyte in April to retain his title before telling fans he would be sticking to his promise to his wife to retire.

"I won everything, so a warrior can do what a warrior wants to do," Fury told the Daily Telegraph on Saturday. "But the actual man is done with fighting.

"Boxing -- and professional fighting -- I am so over it ... I've done everything that was asked of me, defeated every opponent I've ever faced and to be able to have a life after that -- isn't that amazing and a beautiful thing?"

When asked how much money would need to be involved in tempting him into making a return, Fury said, "500 million pounds".

"So if somebody wants to pay that, I'm sure there are people out there with a lot more than that, then I'll return. But until that day, kaput, I'm out. And if someone wants to waste half a billion, I suppose my morality will be tested."

In April, Fury's wife, Paris, said the 33-year-old might return for an undisputed world title fight against the winner of Anthony Joshua's rematch with Oleksandr Usyk.