Dutch Grand Prix to remain on F1 calendar until 2025 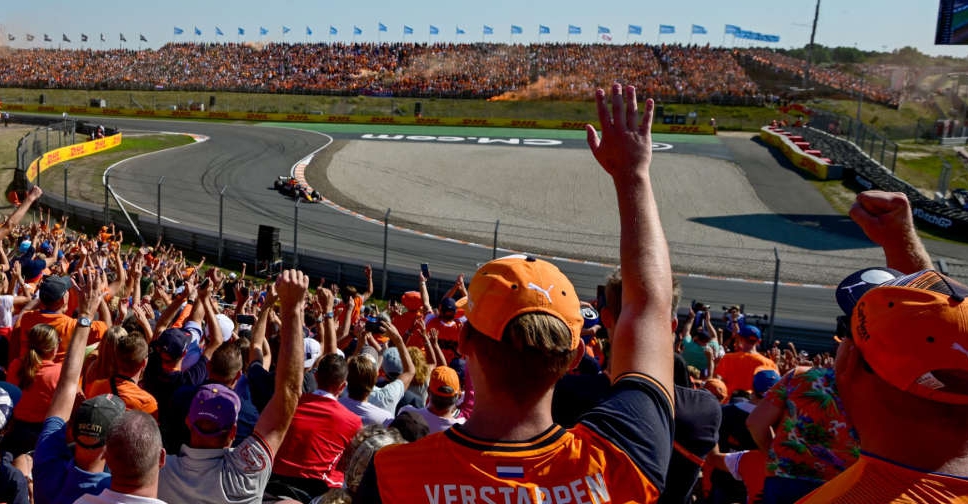 Max Verstappen's home Dutch Grand Prix at Zandvoort will stay on the Formula One calendar until 2025 after a contract extension was announced on Thursday.

The sport returned to the seaside circuit in 2021 on an initial three-year deal but Verstappen's huge local popularity has made it a sell-out event.

The 25-year-old Red Bull driver this year became a double world champion and won in front of his home crowd in 2021 and 2022.

Next year will see two Dutch drivers on the grid, with rookie Nyck de Vries set to debut for the Red Bull-owned AlphaTauri team.

"The Dutch Grand Prix has quickly established itself on the calendar as a fan favourite, bringing incredible energy and a great fan experience every year," said Formula One chief executive Stefano Domenicali in a statement.

"The sold-out events in the last two years have raised the bar in terms of organisation, entertainment and sustainability, and we are delighted to extend our relationship with them.

"There is huge demand to host F1 races so it is a testament to what the team has done to cement Zandvoort on the calendar until 2025, and we can’t wait to return next summer."

Tickets for the August 27 race have already sold out.

"It is unique that we are on the calendar with world cities like Las Vegas, Monaco, and São Paulo," said Dutch Grand Prix sporting director Jan Lammers.

"We need and want to put on the F1 event of the future, which is not necessarily bigger but better, more engaging, more innovative, more sustainable, and more inclusive."