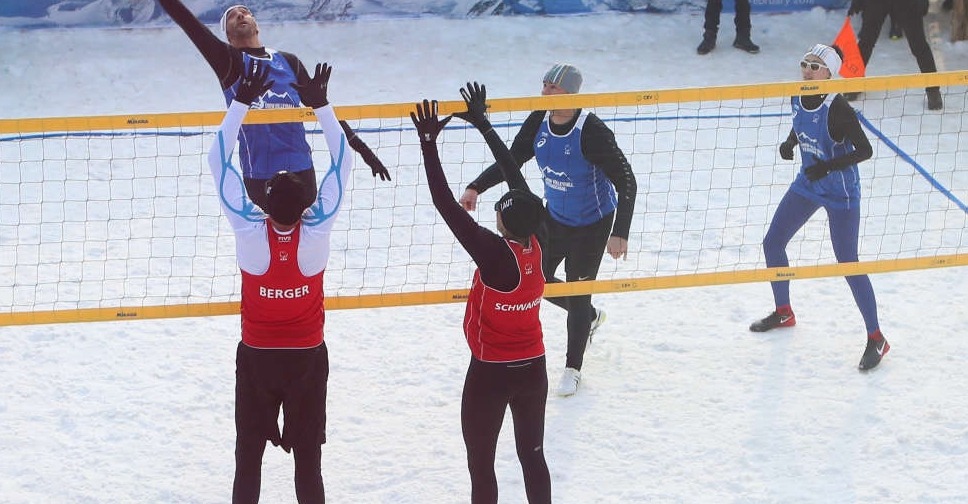 Dubai is gearing up to host the region’s first official Snow Volleyball tournament in mid-October.

The four-day event will be held in Ski Dubai at the Mall of the Emirates.

It is being organised by Esperia Volleyball Academy in cooperation with Dubai Sports Council and Ski Dubai, under the auspices of Fédération Internationale de Volleyball (FIVB).

In an effort to familiarise sports enthusiasts with Snow Volleyball, Ski Dubai will open its doors for the public to register for training sessions on August 31 and September 1-3.

Coaches from the Esperia Volleyball Academy will be on hand to provide participants tips to master the game.

#Dubai is gearing up to host the region’s first official Snow Volleyball tournament in the second half of October this year in @SkiDXB at Mall of the Emirates.https://t.co/au2y3YyC9O pic.twitter.com/mi3dIYDZlb

The tournament is the latest in a series of initiatives aimed at strengthening Dubai's position as the preferred venue for international sporting events.

As the first event of its kind in the Middle East, the event will contribute to reinforcing Dubai’s reputation as a major supporter of snow sports and a premier destination for snow sports enthusiasts.

Ski Dubai is going to be a busy venue this year as well, with more than 10 events scheduled to take place at the venue, including national and international tournaments like the UAE Alpine Ski Championship, UAE National Ski and Snowboard Freestyle Championship and the 12th edition of Ice Warrior Challenge.