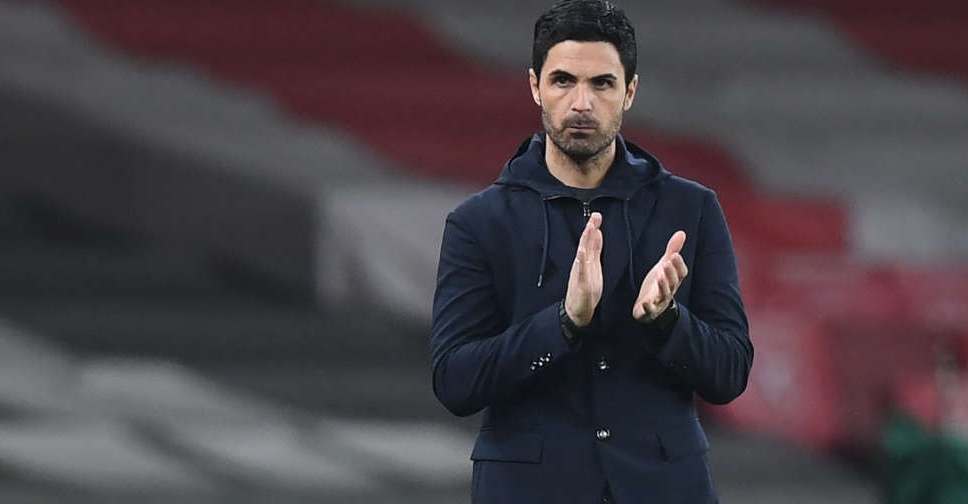 Arsenal manager Mikel Arteta said his side needs to channel their energy into learning from their mistakes after Saturday's 4-0 Premier League defeat at Liverpool, ahead of a busy schedule that will see them in action nine times in all competitions until the end of the year.

A touchline row between Liverpool manager Juergen Klopp and Arteta fired up the home fans and players at Anfield before a four-goal salvo sent Arsenal packing.

The result ended an eight-game unbeaten run for the north London side, who have not won a league game at Anfield since 2012 when Arteta was still playing for them.

"It is one of the toughest places to play football in Europe and in the moment something goes a little bit wrong or the timing is not right, you get punished and they deserved to win the game," Arteta said.

"I don't like learning like that, but there's a lot of learning that we can take from the game for sure. One of the biggest learnings after a disappointing result is focus tomorrow on the next one.

"We'll look at what we should have done better and why we got punished the way we did and after that put our energy and focus on the next game."

Arsenal, fifth in the league standings on 20 points from 12 games, will host Newcastle United on Saturday.