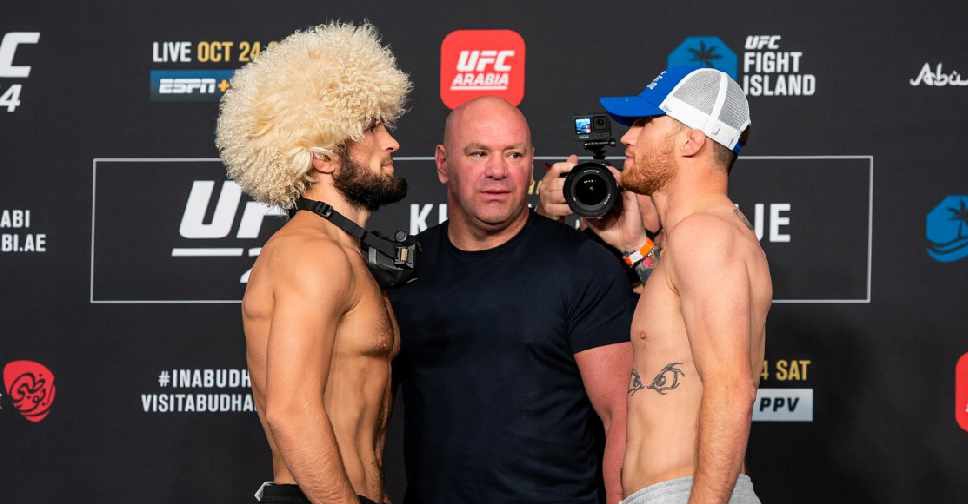 Khabib Nurmagomedov makes his big return to the Octagon to face Justin Gaethje at UFC 254 on Saturday as the Ultimate Fighting Championship returns to the UAE capital for another Fight Island spectacle.

The Russian, who is unbeaten in his 28 professional fights, won a submission victory over Dustin Poirier last time out while Gaethje actually replaced Khabib in a bout with Tony Ferguson and scored a shock win in May.

Khabib, 32, fights for the first time since the death of his father and coach, Abdulmanap, in July.

For his part, Gaethje told his fans, "I'm gonna go out there and I'm gonna try and break his face, I promise you."

Commending the organisation of the championship in Abu Dhabi, Dana White, President of the Ultimate Fighting Championship, said: "This is the fight capital of the world, right now. The infrastructure that’s here, all the cool things to do, I think that fans are gonna flock here as soon as this thing opens up."

THERE CAN ONLY BE ONE.