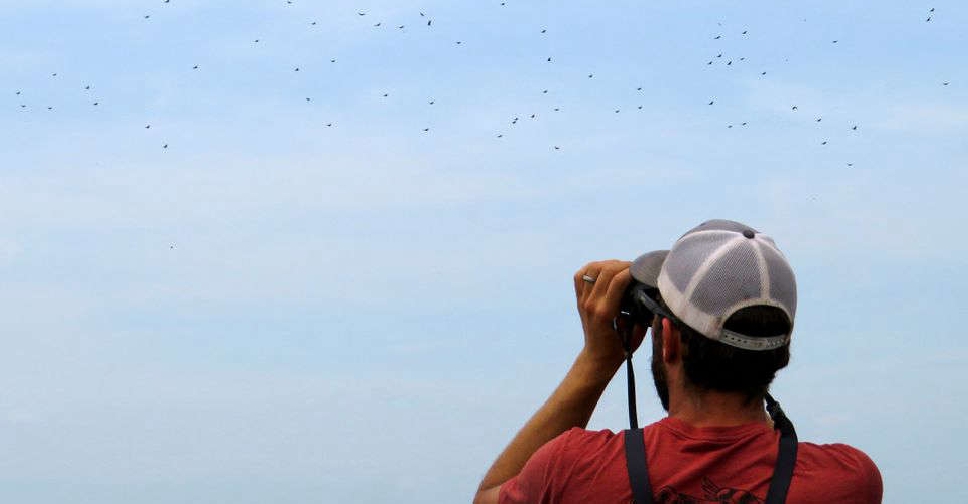 Every year millions of birds glide the air currents between Mexico's Sierra Madre Oriental mountains and the Gulf of Mexico in a spectacle dubbed the "river of raptors" that attracts hundreds of foreign birdwatchers to coastal Veracruz.

Different species of hawks, falcons, kites, vultures and eagles stream over the mountains or near the ocean during the August-November period to escape the onset of the boreal winter.

"Many of my clients have been at other famous bird migration sites but say they never have seen anything like the Rio de Rapaces in Veracruz," said Steven Koevoet, a birdwatching guide in Mexico who for over 25 years has led tours in Yucatan and Veracruz states.

Despite hopes the annual event could stoke an ecotourism boom similar to what Latin American counterparts Costa Rica and Ecuador have seen, it has not materialized partly due to what critics say is Mexico's failure to diversify tourism away from its bustling beach resorts like Cancun and Cabo San Lucas.

"Mexico has a lot of potential because of its endemic species, its great diversity. But it lacks tourist infrastructure," said Efrain Castellanos, a conservation biologist in Chiapas state.

High levels of violence and environmentally unfriendly practices are also key deterrents to developing ecotourism in the states of Chiapas, Tamaulipas, Guerrero and Veracruz, home to a rich natural diversity.

Spiraling violence halted birdwatching for years in some places, where the activity was an important source of income for local communities, said Vicente Rodriguez, bird conservation specialist at Mexico's National Commission for the Knowledge and Use of Biodiversity (CONABIO).

Mexico's national and state tourism ministries did not respond to requests for comment.

But now, a loose coalition of environmental groups, universities and farmers in Veracruz is working together to develop ecotourism around the annual bird migration.

Angel Viveros, the scion of a family of ranchers near Jose Cardel, a town about 10 kilometers (6 miles) inland from Mexico's Gulf Coast in Veracruz, has repurposed 150 hectares of land owned by his family for birdwatching, horse riding, skydiving and hiking.

Viveros, supported by non-profit group Pronatura Veracruz, which monitors and counts the birds in the annual migration, is now receiving hundreds of visitors yearly.

Other local initiatives such as coffee producers Cafe de Mi Rancho, Rancho San Fermin and Cafetalera San Felipe have jumped on board, with coffee tastings and educational talks about the vital role birds play in spreading seeds.

"A green, bird-friendly stamp for those producers could be the next step," said Juan Salazar, a professor at University of Cordoba in Veracruz.

Though progress is slow, efforts to build up an industry around migrating birds is a worthy cause, enthusiasts say.

"Apart from feeling the physical emotion, it is like something spiritual ... there are no words to describe what it feels like to see the river of birds," said Jose Alejandro Ramirez, a 79-year-old retired Mexican that has been visiting Veracruz since 2002.