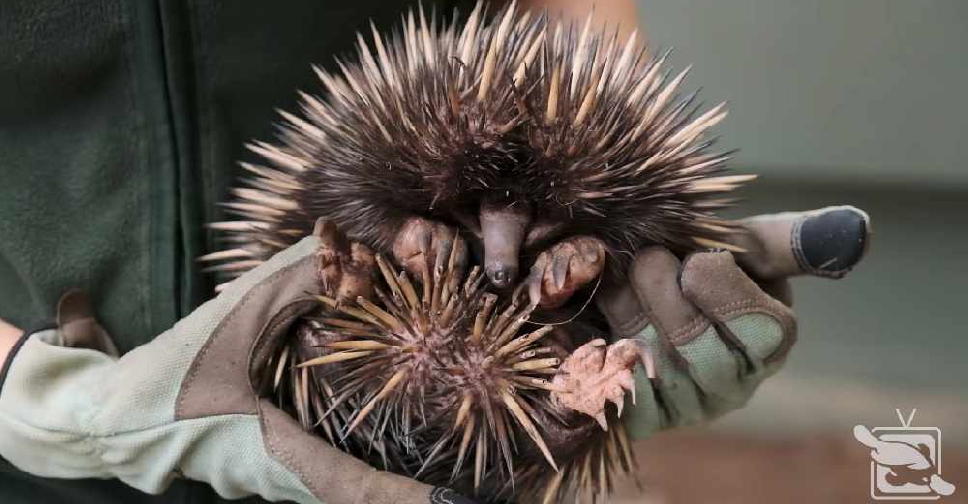 Sydney's Taronga Zoo unveiled a rare short-beaked echidna puggle on Friday, born to mum Gunyi at its breeding facility around seven months ago.

The puggle, the tenth born at the Sydney zoo, doesn't have a name yet as its gender has not been identified, the zoo said. At this stage it is just starting to look like a small echidna, also known as spiny anteaters.

Echidnas, one of only two egg-laying mammals, are hard to breed in a zoo as they have complex courtship rituals with males only needed at very specific times, the Taronga Conservation Society Australia, which runs the zoo, said.

It is rare to see newborn echidna puggles as they spend the first few months of their lives in a deep burrow made by their mothers. This one will go on display with the rest of the zoo's echidnas in a few months' time, the zoo said.

"The little puggle is still quite shy and is spending most of its time learning natural echidna behaviours like digging and foraging," the zoo's spokeswoman said.

E-chid-dna not, this little puggle surprise has brought so much joy to our Australian Fauna Team. Estimated to be roughly 7 months old and weighing in at 1.7kg this little short-beaked echidna puggle is growing from strength to strength. It won't be too long until he/she is out on exhibit for all of our guests to see! 🥰 Stay tuned for the name and gender announcement! 🎥 Shot on the FUJIFILM X-T4 @fujifilmxau - A big thanks to our friends at Fujifilm! #forthewild #tarongatv #fujifilmx_au #fujifilmgfx_au