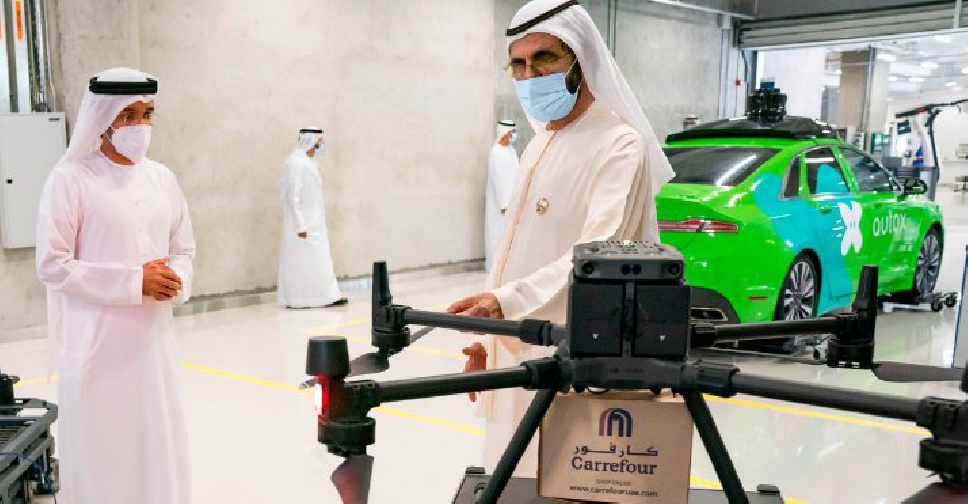 His Highness Sheikh Mohammed bin Rashid Al Maktoum, Vice-President and Prime Minister of the UAE and Ruler of Dubai, has launched the Dubai Future Laboratories.

A series of photographs on Dubai Media Office's Twitter handle captured His Highness inspecting ventilators, self-driving devices and state-of-the-art drones that were developed by Emirati engineers.

"Today, we have launched Dubai Future Labs as part of our belief in the importance of investing in the applied R&D sector in Dubai and the UAE the labs specialised in future tech R&D will build national capacities and shape solutions in Fourth Industrial Revolution sectors such as robotics, AI, and automation," Sheikh Mohammed wrote on his Twitter handle.

.@HHShkMohd, accompanied by @HamdanMohammed and @HHAhmedBinSaeed, inaugurates #Dubai Future Labs, the region’s first-of-its-kind lab in the fields of research, testing and applications of future technology, as well as being a global incubator to test modern innovations. pic.twitter.com/cpLG92GHgs

The Dubai Future Labs aims to strengthen the status of the emirate and the UAE as a knowledge-based economy through forging partnerships with global R&D institutions to shape new markets and create job opportunities.

Sheikh Mohammed was accompanied by His Highness Sheikh Hamdan bin Mohammed bin Rashid Al Maktoum, Crown Prince of Dubai, Chairman of Dubai Executive Council and Chairman of the Board of Trustees of the Dubai Future Foundation.