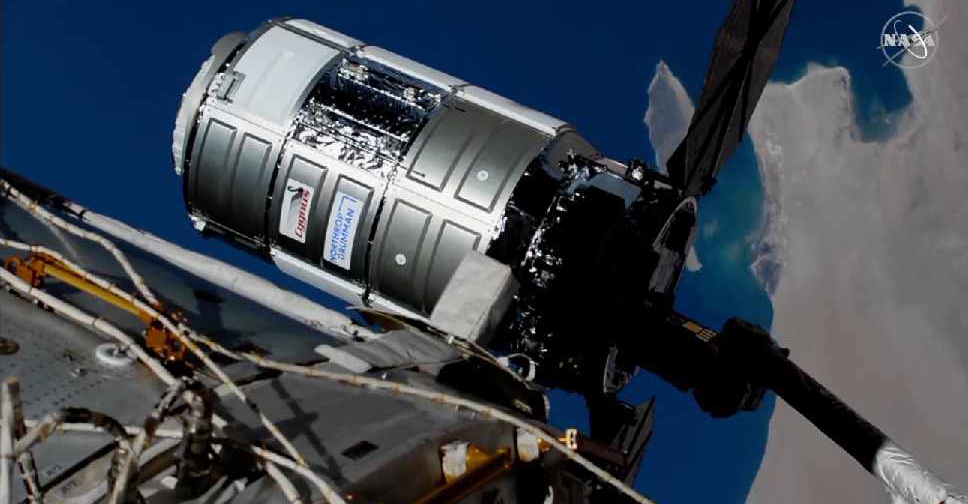 DhabiSat, the UAE satellite designed and developed by Khalifa University students, has arrived and been picked up by a robotic arm at the International Space Station (ISS).

It lifted off aboard the Cygnus NG-15 spacecraft on the Antares rocket from the Wallops Flight Facility in the US state of Virginia on Saturday.

The Khalifa University students collaborated on the project with Al Yah Satellite Company, Northrop Grumman and the UAE Space Station.

DhabiSat will be deployed from the resupply spacecraft, following its departure from the ISS in approximately three months.

It's the second CubeSat to be developed by Yahsat Space Lab graduate students at the University's Space Technology and Innovation Centre.

Once deployed, DhabiSat will enable the teams to test custom software modules, developed in-house, for the Attitude Determination and Control Subsystem (ADCS).

The high resolution camera on the mini satellite can capture images at 12.6 meters per pixel spatial resolution on ground, from an altitude of 450 kilometres.

A successful pick-up of #Cygnus cargo that carries #DhabiSat, developed fully by #KhalifaUniversity students, in collaboration with @yahsatofficial, @northropgrumman and the @uaespaceagency. The pick up was done by the robotic arm of the @Space_Station. pic.twitter.com/IbLkf5ejTa