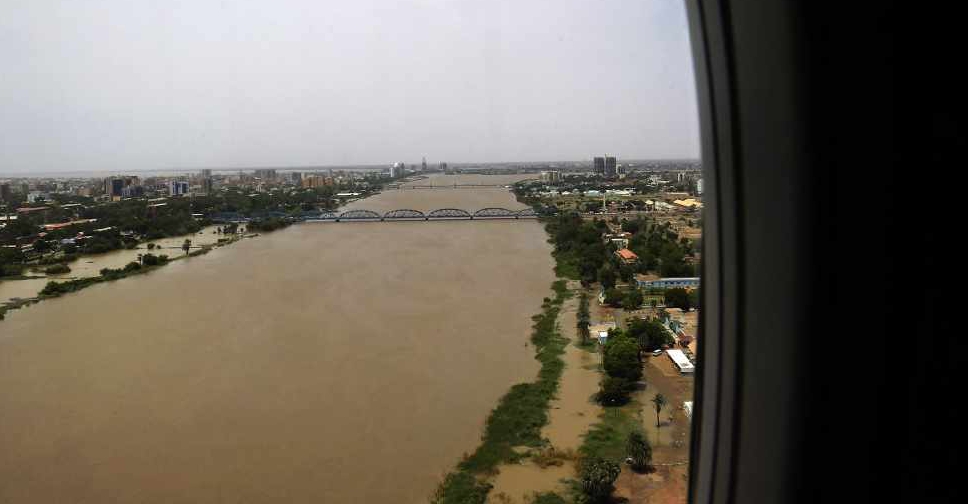 This picture taken on September 14, aboard an aircraft of the Bahrain Royal Charity Organisation shows an aerial view of flooded parts of Sudan's capital Khartoum (Mazen Mahdi / AFP)

The UAE intensified its relief and humanitarian efforts to flood-hit Sudan after it left more than 100 people dead and affected 500,000 more.

His Highness Sheikh Mohammed bin Rashid Al Maktoum, Vice President and Prime Minister of the UAE and Ruler of Dubai, ordered the authorities to dispatch an aircraft to Sudan loaded with 100 tonnes of relief materials from the International Humanitarian City in Dubai to help flood victims.

In a tweet, His Highness Sheikh Mohamed bin Zayed Al Nahyan, Crown Prince of Abu Dhabi and Deputy Supreme Commander of the UAE Armed Forces, stressed the UAE’s solidarity with Sudan to help it overcome the crisis.

Upon the directives and monitoring of Sheikh Hamdan bin Zayed Al Nahyan, Ruler's Representative in Al Dhafra Region and Chairman of the Emirates Red Crescent (ERC), a relief aircraft was dispatched to Sudan to supply the basic needs of those affected by floods in several Sudanese states.

Over 10,000 people in Sudan are benefitting from the support of His Highness Sheikh Humaid bin Rashid Al Nuaimi, Supreme Council Member and Ruler of Ajman, and the humanitarian aid that he ordered to be sent to Sudan to support flood victims.

The Dar Al Ber Society launched an urgent humanitarian campaign to support Sudan and provide for the needs of Sudanese people during the current crisis.