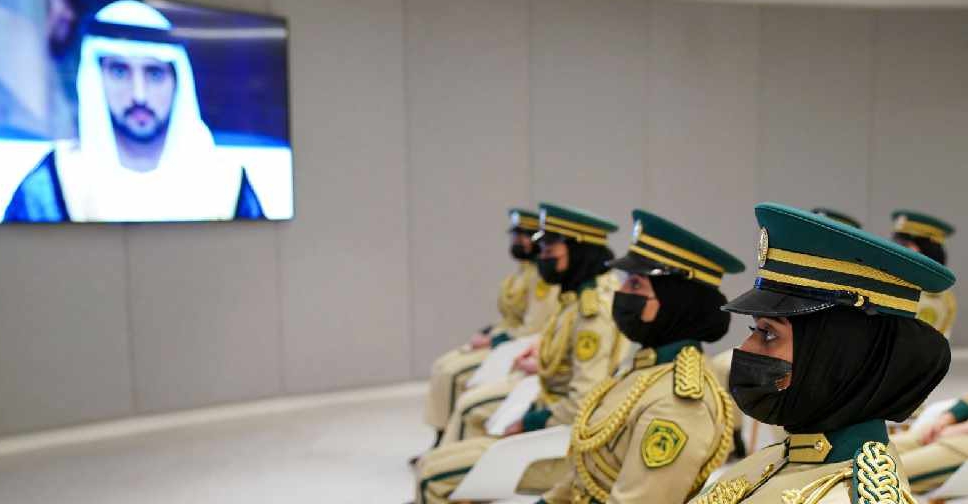 His Highness met with 29 Emirati female cadets from the Academy’s 2016-2020 batch along with a number of senior officers and trainers.

He said they have demonstrated their ability to excel in leadership roles by showing the highest levels of competence; and that the UAE leadership has supported Emirati women to prove their merit and make a mark.

"We are proud to witness the graduation of the first batch of female cadets who have taken on the task of serving and protecting the nation and ensuring the safety and security of its people," His Highness said.

Sheikh Hamdan congratulated the cadets on graduating from the Dubai Police Academy with distinction.

He also commended them on winning local and regional sports championships.

Proud to have met the first batch of female cadets graduating from @DubaiPoliceHQ Academy. They are proof of how Emirati women have excelled across various fields, including the defence of our homeland and all citizens and residents of this prosperous nation. pic.twitter.com/jAqsf8WF0s

His Highness urged the graduates to excel in all the tasks they are entrusted with and be stellar representatives of Emirati women in the security and police force.

"Since the first woman was recruited by Dubai Police in 1967, women have excelled in various roles in the police force. They have demonstrated their distinction in administrative, field, military, and applied science capacities. Today, we are happy to honour these cadets who have made the best of the opportunities made available by the Dubai Police Academy in the first such course offered in the Arab world. Their success is an immense source of pride for us and vindicates the UAE’s efforts to enhance women’s empowerment and ensure a high ranking for the country in global gender balance indexes," His Highness said.