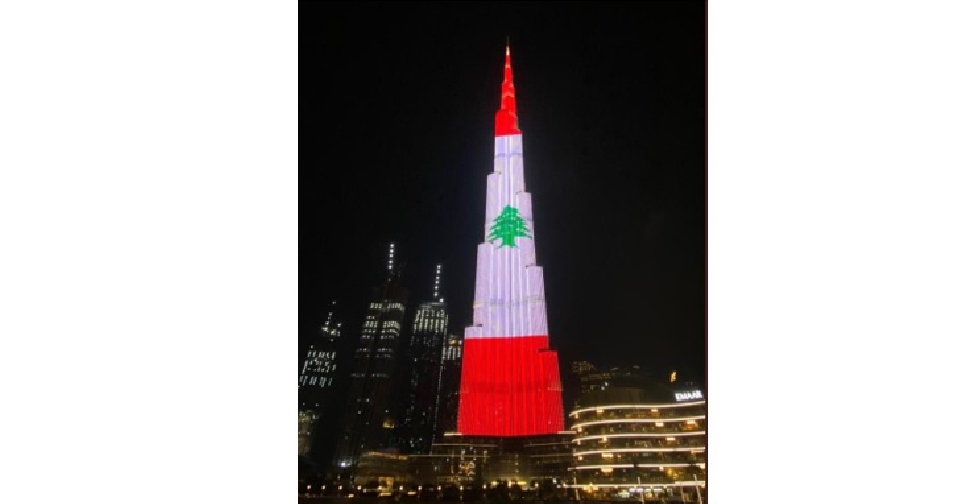 UAE leaders have offered their condolences to the people of Lebanon after a huge blast rocked central Beirut, killing more than 70 people and injuring nearly 4,000.

In a tweet, His Highness Sheikh Mohammed bin Rashid al Maktoum, Vice President and Prime Minister of the UAE and Ruler of Dubai, asked God to have mercy on those who passed away and to "give the Lebanese people patience and solace".

"Our thoughts and prayers are with our Lebanese brothers and sisters during these trying times," he wrote.

Our thoughts and prayers are with our Lebanese brothers and sisters during these trying times. We pray that God grants you patience and solace. God bless Lebanon and the Lebanese people.

The messages come as Lebanese rescue workers continued their search for survivors after Tuesday night's blast at a warehouse storing highly explosive material. The blast sent a giant mushroom cloud into the sky, shattered windows and smashed buildings miles away.

Meanwhile, Dubai's iconic Burj Khalifa lit up with the Lebanese flag Tuesday night to express solidarity with the country.

. @BurjKhalifa lights up in solidarity with our brothers and sisters in #Lebanon. #Dubai #UAE pic.twitter.com/YWEkGXRgt9