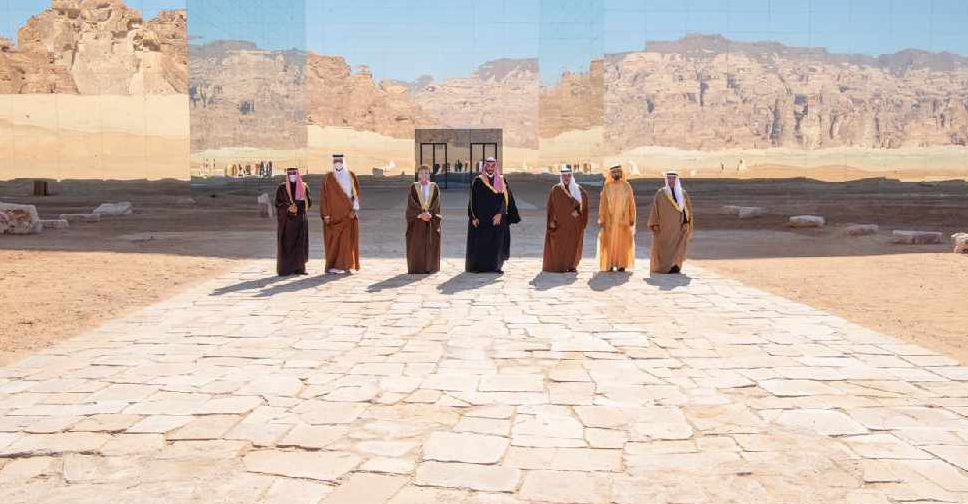 Leaders of the Gulf Cooperation Council (GCC) have underlined the need to coordinate efforts in order to confront common challenges while emphasising their goals at the end of the summit in Saudi Arabia.

GCC states' leaders signed the final Communique of the 41st Summit of the GCC Supreme Council, which has been named 'the Summit of Sultan Qaboos and Sheikh Sabah', in appreciation of their efforts.

The statement noted that GCC citizens pin hopes on the Al-Ula Communique to restore joint action and reinforce the bonds of fraternity and solidarity between the people of the region.

It added that Egypt's signing of the Communique emphasises the fraternal relations between GCC states and Cairo.

The Communique pointed out that the COVID-19 pandemic has shown what can be accomplished when countries cooperate with each other, citing in this respect the unprecedented achievements made by the G20 Summit under the presidency of the Kingdom of Saudi Arabia.

The statement noted that confronting the COVID-19 pandemic and addressing its fallout necessitates reinforcing joint Gulf action as follows:

Full and precise implementation of the vision of the Custodian of the Two Holy Mosques King Salman bin Abdulaziz, which has been endorsed during the GCC Supreme Council in its 36th session in 2015 as per an integrated and reliable schedule and accurate follow-up. This includes consolidating the fundamentals of economic unity and joint defence and security systems while formulating a unified foreign policy.

Activating the role of the Gulf Centre for the Prevention and Combatting of Diseases, which has been set up during this summit based on the vision of the Custodian of the Two Holy Mosque, while seeking to empower it in support of coordinating a joint Gulf action in facing COVID-19 and other pandemics.

Fulfilling the requirements of the GCC Customs Union and Gulf Common Market in addition to achieving full economic integration in a way that ensures the right for all GCC citizens to work, move, and invest across the GCC states while receiving equal education and healthcare services. This includes the establishment of the GCC Railway Network, and Food and Water Security Network, encouraging joint ventures and nationalising Gulf investments.

Utilising the successful channels of cooperation reached during the Saudi presidency of the G20 Summit across all fronts, including the provision of economic incentives; engaging the business sector and civil society institutions; ensuring women's and youth empowerment in economic development efforts; and encouraging digital economy-related initiatives while entrusting the GCC General Secretariat to follow up plans and programmes developed in this respect in cooperation with specialist consultancies.

Developing technical capacities across all government departments, including Artificial Intelligence, in order to ensure the efficient execution of services and procedures in addition to developing educational syllabi, healthcare and e-commerce together with enhancing cooperation between the GCC institutions and Digital Cooperation Organization launched in 2020.

Enhancing governance, transparency, accountability, impartiality and counter-corruption through Gulf joint action while benefiting from the outcome of the G20 Summit and the Riyadh Initiative on cooperation in investigations regarding cases of global corruption and chasing culprits owing to the significant impact of corruption on economic development, sustainable development, and mutual trust between governments and peoples.

Strengthening defence integration between GCC states under the supervision of the Gulf Joint Defence Council, the Supreme Military Committee and the Unified Military Command in order to confront recent challenges.

Continuing the steps taken by the GCC and the G20 Summit under the presidency of Saudi Arabia to confront the COVID-19 pandemic and mitigating its fallout on the local, regional and international levels, including standing by poor countries in areas of healthcare and the economy.

The Summit of Sultan Qaboos and Sheikh Sabah underlined the determination of the GCC leaders on consolidating the gains made by the GCC and achieving the aspirations of the Gulf citizens and stamping out all obstacles impeding the Gulf joint action.

Press Release: The General Secretariat of the Cooperation Council for the Arab States of the Gulf (GCC) announced today the conclusion of the 41st GCC Summit, in the city of Al-Ula, with the signing of the summit communique. #GCCSUMMIT41https://t.co/ynuTnTLaPn pic.twitter.com/O1VtBZ0pJ4