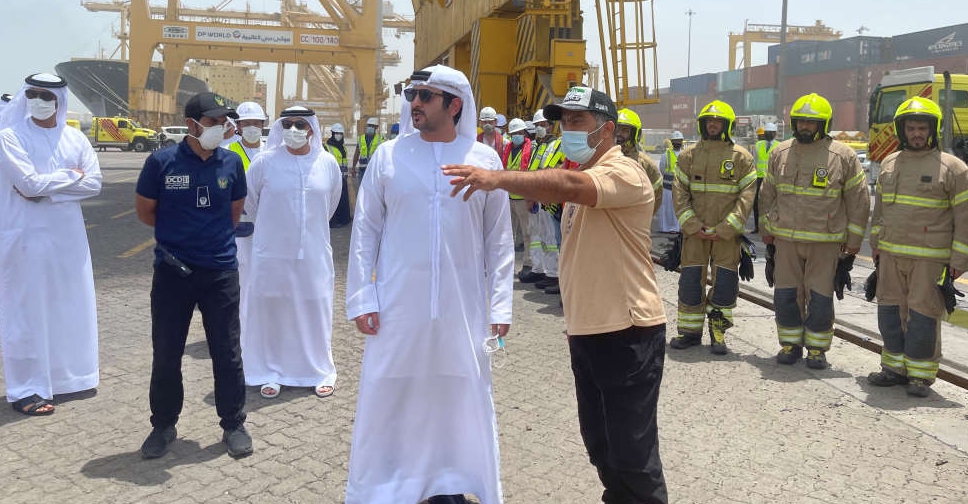 An extensive investigation has been launched into the fire that broke out in Dubai's Jebel Ali Port on Wednesday night.

Authorities said it occurred in a container on a ship carrying flammable materials.

Teams from Dubai Civil Defence, Dubai Police and other entities took rapid action at the site to put out the fire within 40 minutes.

He praised the efforts of the teams involved, which ensured everyone's safety and facilitated normal operations at the port.

The quick intervention ensured that operations were not affected in any way due to the incident, which occurred in the older Terminal 1, used only for small ships.

Terminals 2, 3 and 4 of the Port, where big ships dock and offload their cargo, continued normal operations even during the incident.

Casualties were also avoided due to the quick action of Jebel Ali Port’s officials who ordered an evacuation of the vessel and the immediate area when a leakage and smoke was seen.

Statement from Jebel Ali Port: The fire that broke out in Jebel Ali Port yesterday occurred in a container in a ship carrying flammable materials. @DCDDubai, @DubaiPoliceHQ and other related authorities, took rapid action at the site to fully put out the fire in under 40 minutes. pic.twitter.com/VB5N0qYVsu

Jebel Ali Port authorities are continuing an extensive investigation on the cause of the fire and its circumstances.