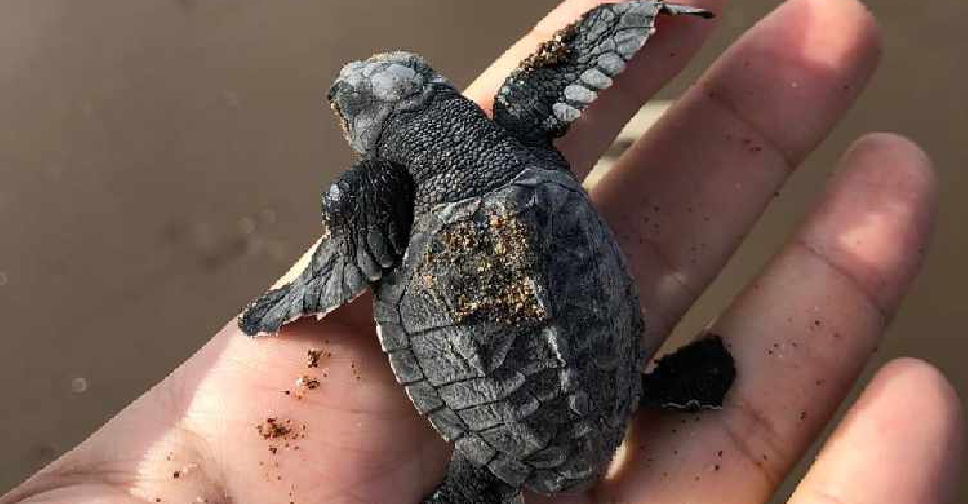 Hatchlings have been seen crawling towards the sea at a nature retreat in Khor Kalba, part of Sharjah’s east coast enclave, according to the emirate’s Environment and Protected Areas Authority (EPAA).

Growing to a length of around 61 cm the Olive Ridley turtle is found in warm and tropical waters, primarily in the Indian and Pacific Oceans, but also in the Atlantic.

Historically, the Olive Ridley turtle was subjected to heavy commercial exploitation, with one million being harvested off the coast of Mexico in 1968 alone.

While conservation efforts have largely ended commercial exploitation, the total global population of annual nesting females was estimated to have fallen to around 2 million by 2004 and to around 850,000 by 2008.

The EPAA were sent a photo of the turtle hatchling and went to investigate for evidence of nesting, says chairperson Hana Saif Al Suwaidi.

"The team located several tracks on the middle and upper part of the beach, leading them to conclude that multiple turtles did successfully hatch and made it to the sea." Al Suwaidi said.

Previously, only Green and Hawksbill turtles were known to breed in the Emirates.