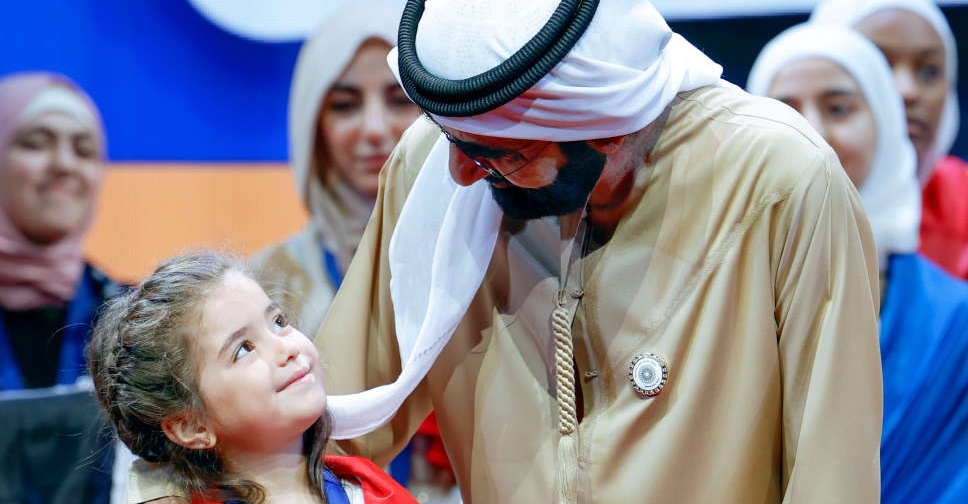 As many as 22 million students from 92,000 schools, participated in the sixth session of the largest Arab competition.

"Our precious Arabic language is in the safe hands of the millions of Arab students and the thousands of volunteers that spare no effort to make this Arab literacy initiative a success," Sheikh Mohammed highlighted at the award ceremony that was held at Dubai Opera in front of an audience of more than 2,000, which included 360 national and community champions.

His Highness Sheikh Hamdan bin Mohammed bin Rashid Al Maktoum, Crown Prince of Dubai and Chairman of The Executive Council of Dubai, honoured the national winners from across the Arab world for exceptional achievement.

Noor Mohammad Al Jboor from Jordan won the Outstanding Supervisor Award and a prize of AED300,000. Abdulrahman Al Harthi from Saudi Arabia came in second, winning a prize of AED100,000. The third place was awarded to Hanin Al Abdallah from Syria with a prize of AED70,000.

.@HHShkMohd crowns Sham Al Bakour, a 7-year-old Syrian girl who won the title of the champion of the @ArabReading Challenge in its sixth session. pic.twitter.com/4ai1GDjrfw

The initiative, launched in 2015, aims to encourage Arabic-speaking school students to read at least 50 books per school year.

So far, the Arab Reading Challenge has attracted the participation of nearly 79 million students.