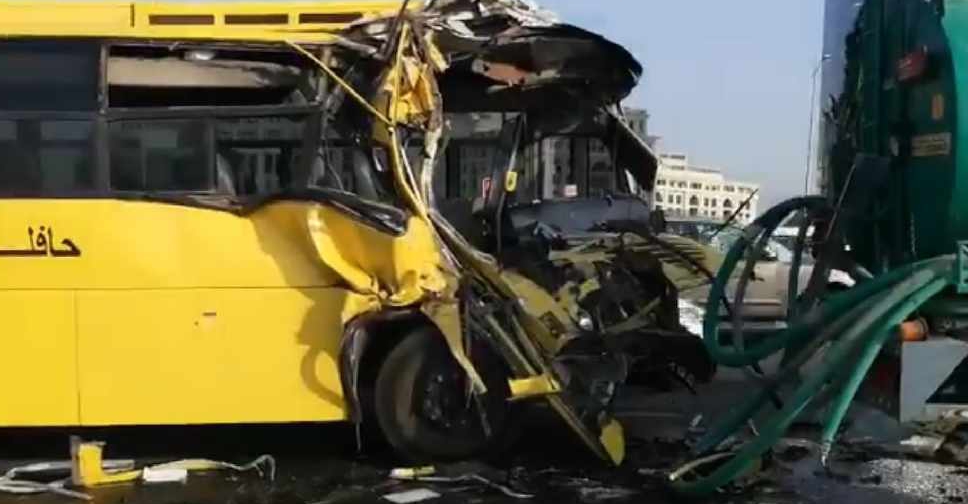 Fifteen students have suffered minor injuries after a school bus collided with a water tanker on Business Bay Crossing on Monday morning.

Dubai Police told ARN News that four others were also injured in the incident, including the driver of the tanker and a bus supervisor.

All the injured were transferred to Rashid Hospital for treatment.

According to police, preliminary information indicates that the accident was caused due to the lack of a safe distance between the two vehicles.

A GEMS spokesperson told ARN News that all school students were wearing seatbelts, and their parents were informed about the crash.

"All students are safe, however, a small number of students and staff sustained minor injuries and have been taken to hospital," their statement read.

"All other students who were involved have been taken back to school and have been given a thorough check-up by the school doctor."