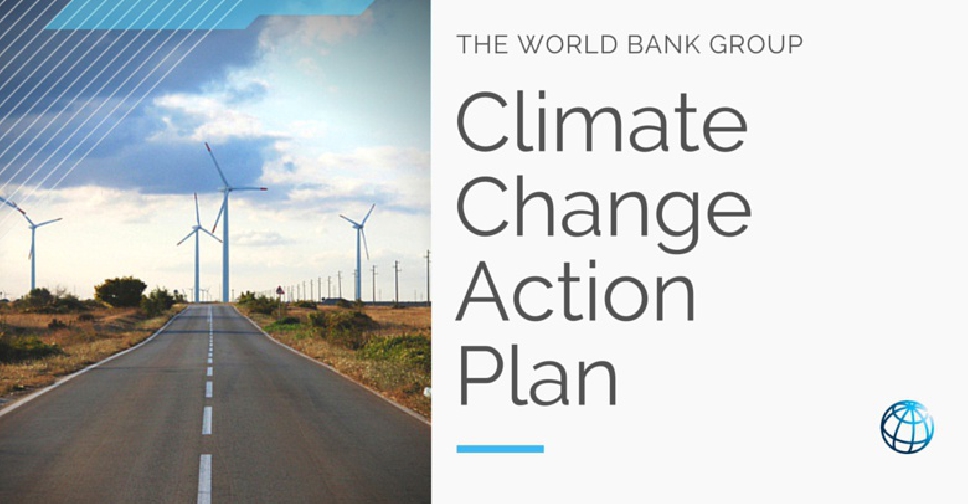 World Bank President David Malpass said key elements of the plan had been presented to the bank's board on Thursday and underscored the need to take urgent action.

The new plan commits to making financing decisions in line with efforts to limit global warming, but stops short of promising to halt funding of fossil fuels, as many campaigners had urged.

"Our collective responses to climate change, poverty and inequality are defining choices of our age," Malpass said in a statement, underscoring the need to "help countries maximize the impact of climate finance, with measurable improvements in livelihoods through adaptation, and measurable reductions in greenhouse gas emissions through mitigation."

To achieve these goals, Malpass said 35 per cent of World Bank Group financing, on average over the next five years, would have climate co-benefits, and 50 per cent of the bank's climate financing would support adaptation and resilience.

The bank would also adopt new metrics that facilitated a greater focus on reducing greenhouse gas emissions, adaptation and resilience, and expand its climate diagnostics through new Country Climate and Development Reports.

Malpass said the bank would support "transformative" investments in energy, food systems, transport and manufacturing, the systems that contribute most to emissions, and significantly increase support for countries seeking to transition away from coal.

The World Bank would align its financing flows with the objectives of the 2015 Paris climate agreement by July 1, 2023, he said, with 85 per cent of new International Finance Corp and Multilateral Investment Guarantee Agency operations to be aligned by then, and 100 per cent by July 1, 2025.