US launches probe of Minneapolis police after Chauvin conviction 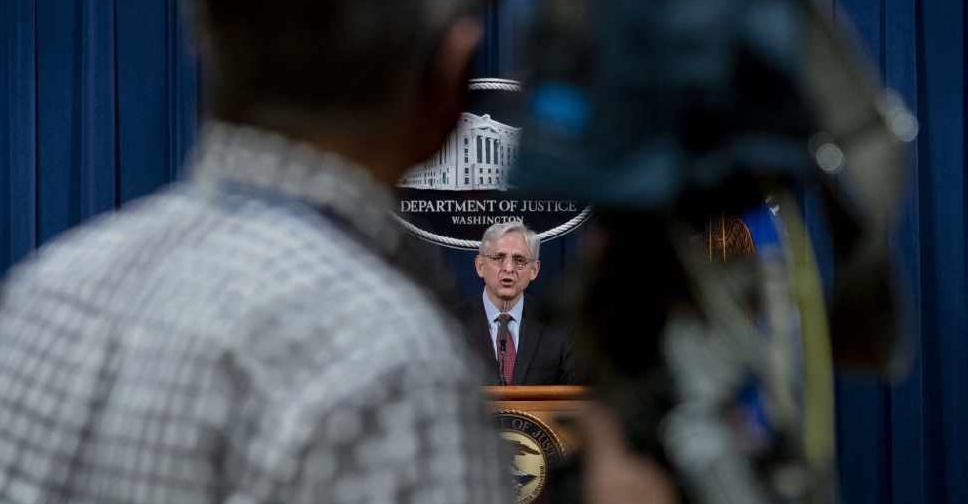 The probe is the first major action of Attorney General Merrick Garland, after President Joe Biden vowed to address systemic racism in the United States.

It will consider whether the department engages "in a pattern or practice of using excessive force, including during protests," he said.

He added it will also examine whether the department "engages in discriminatory conduct and whether its treatment of those with behavioUral health disabilities is unlawful."

Chauvin's conviction was a milestone in the fraught racial history of the United States and a rebuke of law enforcement's treatment of Black Americans. Floyd's death was one in a long list of police killings that prompted nationwide protests.

"I know such wounds have deep roots. That too many communities have experienced those wounds firsthand. Yesterday's verdict in the state criminal trial does not address potentially systemic policing issues in Minneapolis," Garland said.

Garland has previously said he will make cracking down on police misconduct a priority.

“The city welcomes the federal investigation announced today and has already begun working with the Department of Justice team both in Washington DC and in Minnesota to help them quickly get this investigation organised and underway," city attorney Jim Rowader said in a statement.

The Minneapolis City Council also signaled its support for the probe, saying it welcomed "the opportunity for the Department of Justice to use the full weight of its authority to hold the Minneapolis Police Department accountable for any and all abuses of power."

The decision to open a probe into systemic policing problems marks a sharp contrast from the administration of former President Donald Trump, which sharply curtailed the use of court-enforcement agreements to prevent police departments from violating peoples' civil rights.

Garland rescinded that policy on Friday, saying the department would be returning to its traditional practices of investigating state and local police departments and allowing unit heads to approve most settlements and consent decrees.

On Wednesday, Garland said Justice Department officials had already started to reach out to community groups in Minneapolis to ask about their experiences with law enforcement and they also plan to speak with police officers there about the training and support they receive.

If a finding of misconduct is uncovered, Garland said the Justice Department would issue a public report, and it could also potentially file a civil lawsuit so that it could seek relief from a judge.

Currently, the Justice Department has four police practice probes open in addition to the one in Minneapolis. The others, which were opened prior to Garland’s tenure, are focused on the Orange County, Ca. district attorney and sheriff's offices, as well as the police department in Springfield, Mass.

It is also currently enforcing a total of 16 settlements with law enforcement agencies across the country.

A 12-member jury on Tuesday found Chauvin, 45, guilty of second-degree murder, third-degree murder and manslaughter after considering three weeks of testimony from 45 witnesses, including bystanders, police officials and medical experts.