US in final phase of evacuations from Kabul 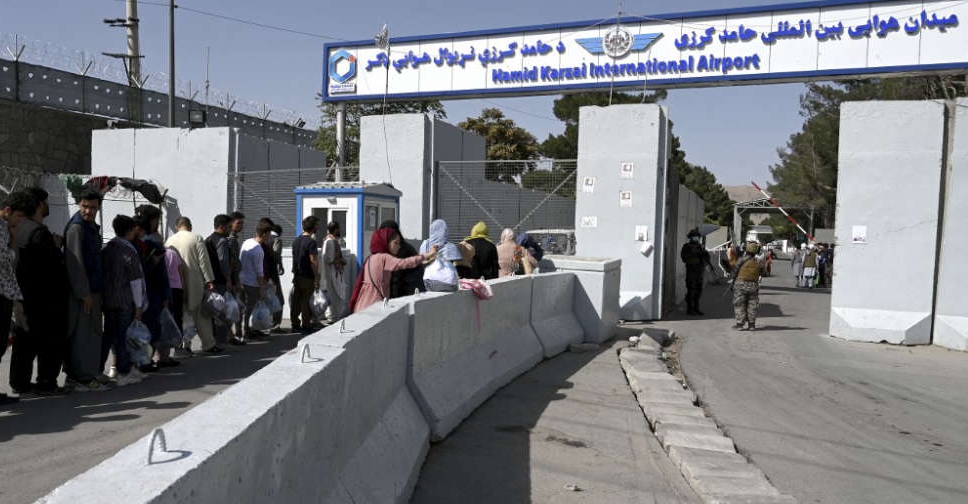 US forces are in the final phase of their evacuation from Kabul and just over 1,000 civilians inside the airport remain to be flown out before troops are withdrawn, a Western security official in the Afghan capital said on Sunday.

The official, who asked not to be identified, told Reuters a date and time for the end of the operation was yet to be decided.

US President Joe Biden has said he will stick by his Tuesday deadline to withdraw all troops from Afghanistan.

"We want to ensure that every foreign civilian and those who are at risk are evacuated today. Forces will start flying out once this process is over," said the official, who is stationed at Kabul airport.

The Western-backed government and Afghan army melted away as the regime entered the capital two weeks ago, leaving an administrative vacuum that has bolstered fears of a financial collapse and widespread hunger.

A US official told Reuters on Saturday there were fewer than 4,000 troops left at the airport, down from 5,800 at the peak of the evacuation mission. Pentagon spokesperson John Kirby told reporters some troops had been withdrawn but declined to say how many service members remained.

A Taliban official told Reuters on Sunday the Taliban was prepared to take charge of the airport.

"We are waiting for the final nod from the Americans to secure full control over Kabul airport as both sides aim for a swift handover," the official said on condition of anonymity.

The Taliban's engineers and technicians were ready to take control, the Taliban official added.

The Western security official said crowds at the airport gates had diminished after a specific warning from the US government of another attack by militants after a suicide bombing outside the airport on Thursday.

That explosion caused a bloodbath outside the gates of the airport, where thousands of Afghans had gathered to try to get a flight out since the Taliban returned to power on August 15.

The United States said on Friday it killed two militants belonging to the IS - enemies of both the West and Afghanistan's new Taliban rulers - which had claimed responsibility for the attack.

After Thursday's blast that killed scores of Afghans and 13 American troops, the most lethal incident for US service members in Afghanistan in a decade, Biden vowed to hunt down the perpetrators. He said Friday's strike was not the last.

The Taliban condemned the late-night US drone strike, which took place in Nangarhar province, an eastern area that borders Pakistan.

"The Americans should have informed us before conducting the air strike. It was a clear attack on Afghan territory," a Taliban spokesman told Reuters, adding that two women and a child were wounded in the attack.

The Taliban have said they have arrested some suspects involved in the airport blast.