Ukraine mourns ballet dancer who took up arms for his country 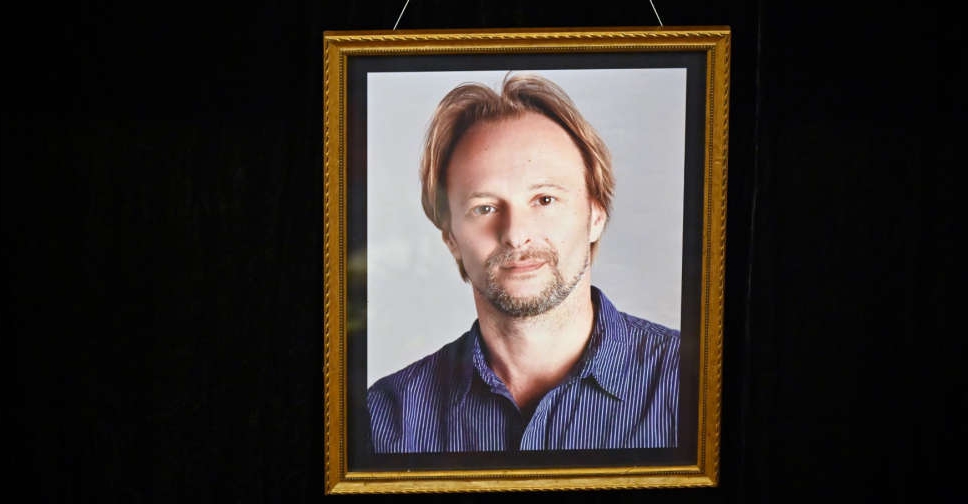 A leading Ukrainian ballet dancer, Oleksandr Shapoval, who died this week fighting on the frontline of his country's war against Russia was honoured with a memorial service in the National Opera of Ukraine on Saturday.

The National Opera described Oleksandr Shapoval as a "courageous romantic" and brave warrior who died under Russian mortar shelling in eastern Ukraine on September 12.

Mourners, including soldiers from Shapoval's unit, honour guards and members of the artistic community of Kyiv, crowded the lobby of the opera house, laying flowers on his coffin before it was wrapped in a blue and yellow Ukrainian flag.

Shapoval, 47, retired from a long dancing career at the National Opera last year and began teaching in Kyiv before joining a territorial guard to defend the capital after Russia's February 24 invasion.

He later volunteered to join the army and fought in eastern Ukraine's Donetsk region, the scene of some of the war's most intense fighting.

"To lose a friend is always very hard. To me, he was a friend, brother-in-arms. He was a very decent person. My soul is empty. To me, he will forever be alive," said Roman Turshyiev, who fought alongside Shapoval in the same unit.