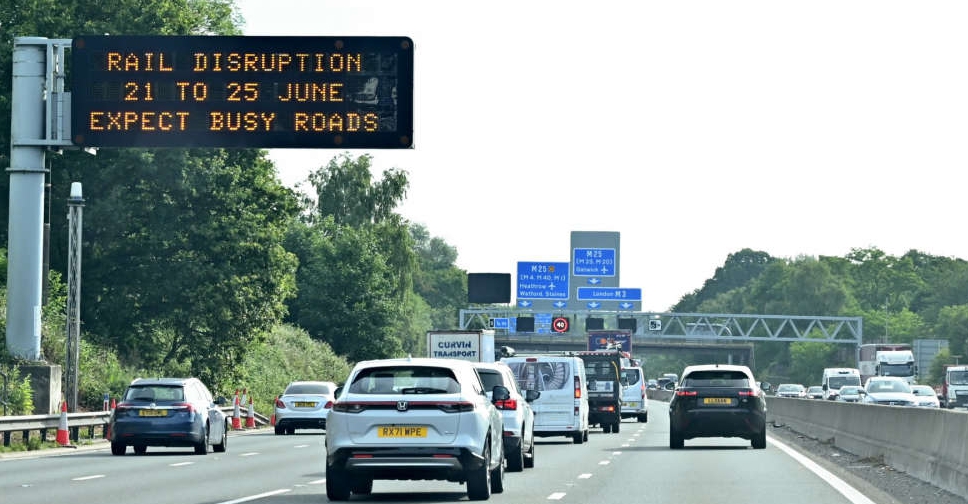 Employees on the British train network around Liverpool have voted to accept a 7.1 per cent pay rise, a union said on Wednesday, after the first day of massive strikes across the region over pay.

"What this clearly shows is our union, and sister unions, are in no way a block on finding the solutions needed to avoid a summer of discontent on the railways," the head of the Transport Salaried Staffs' Association union, Manuel Cortes, said in a statement on the Merseyrail deal.

The government and the Bank of England have urged companies not to set high wage increases over fears it will entrench inflation in the system. Official data on Wednesday showed consumer price inflation hit a 40-year-high of 9.1 per cent last month.

But the soaring prices have prompted workers across a string of sectors to move towards industrial action. Millions of passengers were impacted on Tuesday when rail workers walked out of the job. Two more days of walkouts are planned this week.

The main RMT rail union is asking for pay rises of 7 per cent.

As of 0911 GMT, the Merseyrail's official website still showed that no trains were due to run on June 23 and June 25 due to the strikes. The TSSA did not immediately respond to a Reuters request for a comment.

Merseyrail employs around 1,200 people and operates over 600 regular services per day, it says.