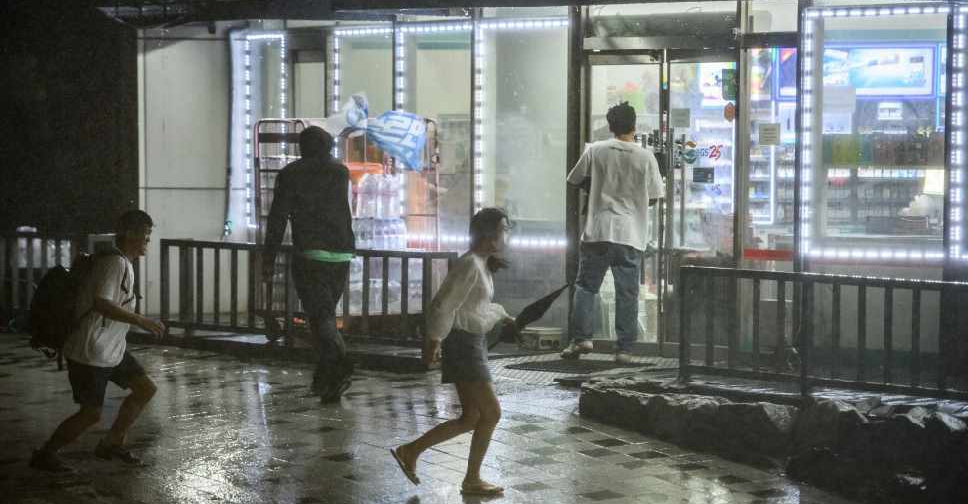 Heavy winds and rain lashed much of the Korean peninsula on Thursday after Typhoon Maysak made landfall.

It struck at a time when damage from a previous typhoon last week was still being repaired and a third typhoon gathered strength off the coast.

Typhoon Maysak, the ninth of the season and the fourth to hit the peninsula this year was among the strongest to strike Korea in years, and is expected to affect most of North and South Korea.

Some areas on the southern resort island of Jeju reported more than 1,000 millimetres (39 inches) in rainfall since Tuesday, and the typhoon left some 120,000 households without power across South Korea, according to the weather agency and interior ministry.

Hundreds of flights were cancelled and delayed, and the southern city of Busan saw heavy winds as the storm's track placed it squarely in its path.

Typhoon and heavy rain warnings were issued for much of the rest of South Korea, which earlier this year saw the longest stretch of rainy weather on record, leading to deadly floods and landslides.

The Japanese coastguard was searching for a cargo ship carrying livestock and dozens of crew members that went missing after issuing a distress signal due to Typhoon Maysak.

Meanwhile, Typhoon Haishen is forecast to make its way towards South Korea by early next week.