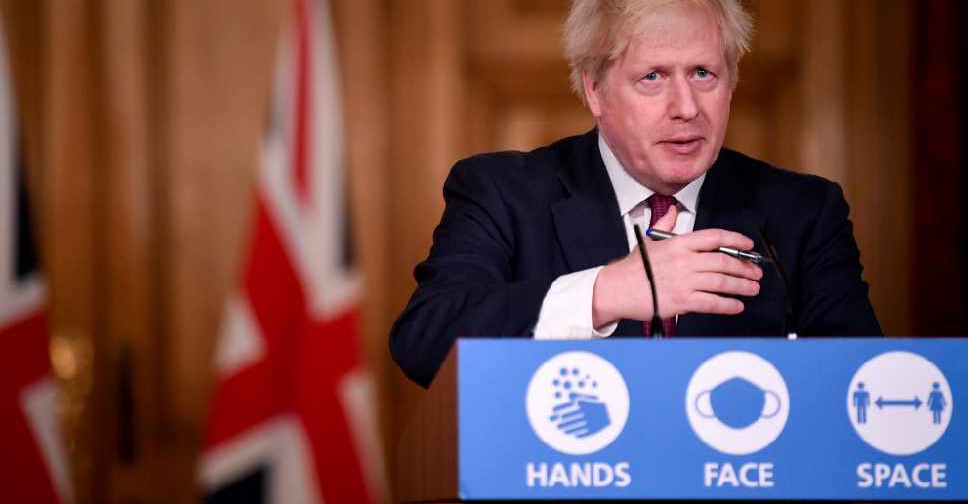 Prime Minister Boris Johnson imposed an effective lockdown on over 16 million people in England and reversed plans to ease curbs over Christmas, saying Britain was dealing with a new coronavirus strain up to 70 per cent more transmissible than the original.

Although Johnson and his scientific advisors believe vaccines will still be effective, and the new strain is not more deadly or more serious in terms of the illness caused, he said on Saturday the government had to take urgent action.

The number of cases in England has soared in the last two weeks because of the virus variant.

Johnson tore up plans to allow three households to mix indoors for five days over the festive period, and said London and southeast England, which are currently in the highest level of a three-tier system of rules, would now be placed in a new Tier 4 level, similar to those of a recent national lockdown.

"It is with a very heavy heart I must tell you we cannot continue with Christmas as planned," Johnson told a news conference. "I sincerely believe there is no alternative open to me."

People in Tier 4 - 16.4 million and about a third of the population of England - will be required to stay at home except for essential reasons such as work, and non-essential retail will close, as will indoor leisure and entertainment.

Social mixing will be limited to meeting one other person in an outdoor space. The new rules will come into effect from midnight on Saturday.

Johnson, whose initial response to the pandemic has been criticised for being too slow, had resisted calls to change plans for the Christmas relaxation, saying on Wednesday it would be "frankly inhuman" to ban it.

However, those now in Tier 4 will not be allowed to mix with others over Christmas. And everyone else in England will now be allowed to see friends and family only on Christmas Day itself.